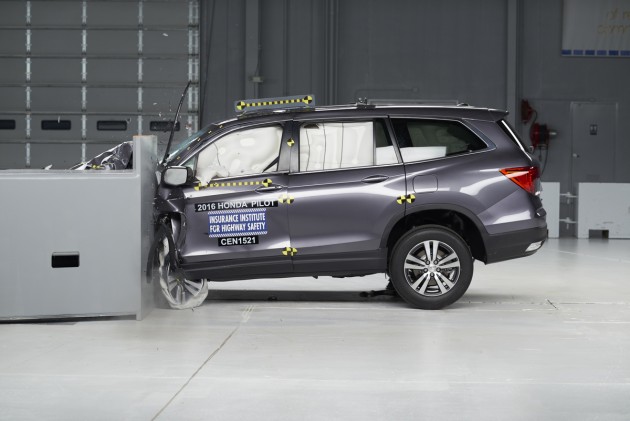 The redesigned 2016 Honda Pilot has received a 2015 Top Safety Pick+ rating from the Insurance Institute for Highway Safety, meaning the Japanese automaker is halfway towards achieving its goal of building the first three-row mainstream SUV with the highest possible rating from both the IIHS and NCAP.

The top rating applies to Pilots equipped with optional front crash prevention system, which earned a top rating of superior.

“The 2016 Pilot is not only the most technologically advanced Honda vehicle on the road today, but the top choice for family SUV buyers interested in safety performance,” said Honda senior vice president Jeff Conrad. “No other midsize mainstream SUV on the market today can match the comprehensive suite of Honda Sensing™ advanced safety and driver-assistive technologies on the new Honda Pilot.” 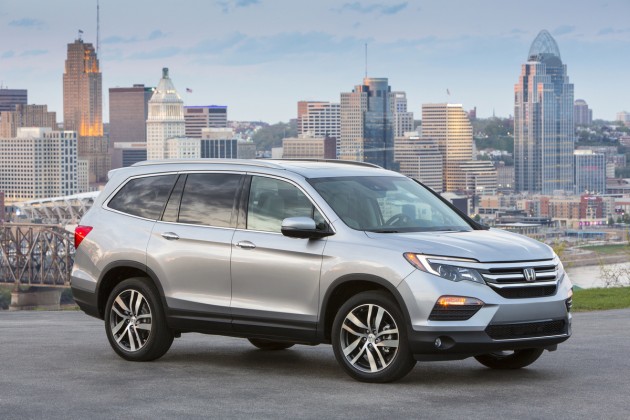 “The Pilot demonstrates Honda’s commitment to achieving the highest levels of safety performance,” IIHS president Adrian Lund said in a statement. “The Pilot’s crashworthiness ratings set a high standard, and its optional front crash prevention system will help drivers avoid some kinds of crashes to begin with.”