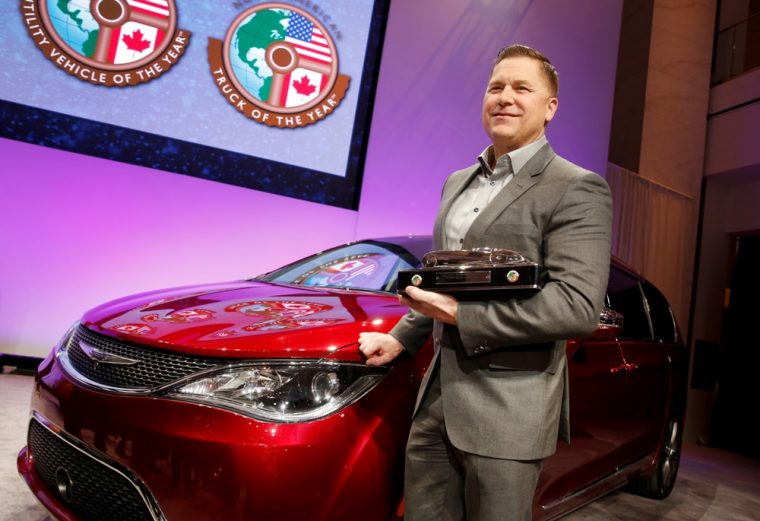 The 2017 Chrysler Pacifica minivan has already won a number of prestigious awards, including the Family Car of Texas title as well as being named the “Best Minivan of 2016” by Cars.com, but neither one of those accomplishments is quite as impressive as the North American Utility Vehicle of the Year Award, which the Pacifica recently picked up at the 2017 Detroit Auto Show.

This is the first year the award has been given out and it was added due to the growing consumer demand for SUVs and crossovers. A panel of approximately 60 automotive journalists from the US and Canada voted on the award. These judges work for a variety of automotive-focused newspapers, websites, and magazines, as well as radio and television shows. Furthermore, the North American Car and Truck of the Year Awards are the longest running awards not associated with a single publication.

In the end, the 2017 Chrysler Pacifica won the North American Utility Vehicle of the Year Award by a landslide, as it earned a total of 300 points. Its closest competitor was the Mazda CX-9 and that model only received 135 points. The judges considered factors such as design, innovation, and safety when voting for the award.

“When we first introduced the 2017 Chrysler Pacifica just one year ago, we believed that we had created the perfect formula for today’s busy families,” said Tim Kuniskis, Head of Passenger Car Brands, Dodge, SRT, Chrysler and Fiat, FCA – North America. “But it’s the recognition from our customers and respected opinion leaders like the NACTOY jury that helps to reinforce Pacifica’s status in the marketplace as the no-compromises minivan, and highlights what a great job the entire team has done in developing, building and selling the all-new Pacifica and Pacifica Hybrid.”