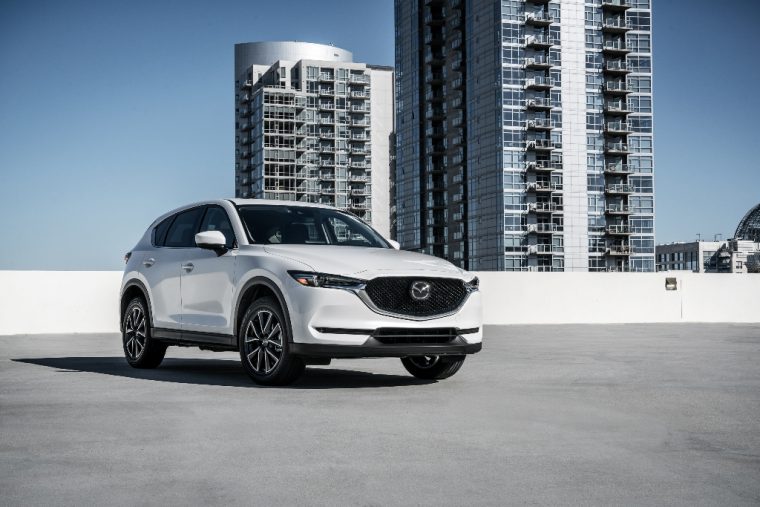 Mazda has for some time been trying hard to push its way upmarket. Particularly, it has been working on this with the strength of its engineering and design, both of which have earned it a particularly interesting distinction.

Speaking of Interesting: Check out the sleek and fun 2017 Mazda3

Every single one of its vehicles tested by the Institute of Highway Safety has earned its top award of Top Safety Pick+. The IIHS has reviewed and crash-tested every Mazda vehicle in the lineup except for the MX-5.

This title was brought up recently as the IIHS announced that the brand’s redesigned 2017 CX-5 would be joining the rest of the lineup in earning the distinction, meaning it received top marks in all of the Institute’s crash tests, and comes with good optional front crash-prevention systems and strong headlights.

This isn’t the first time the CX-5 has landed in the IIHS’ good graces—it has been a Top Safety Pick since it was first revealed in 2012.

Learn More: Find out more about Mazda’s most popular model, the CX-5

“Our Mazda Proactive Safety Philosophy guides us to develop cars and crossover SUVs that are nimble and direct-feeling to help a driver avoid incidents altogether. Our vehicles are designed and engineered to help protect the driver and passengers if a collision happens,” said Masashi Otsuka, VP of research and development, MNAO. “To Mazda, safety is about empowering the driver as much as helping to protect him or her. We’re proud of the accomplishments of the CX-5 development team and appreciative of the IIHS’s recognition.”

With accolades such as this, it seems Mazda is fully accomplishing its upmarket move.