The newly-launched 2017 Genesis G90 has just arrived at dealerships, and already it’s turning heads. Recently named this year’s “Best Luxury Sedan” by Ruedas ESPN, the Genesis G90 is carrying the flag for the newly-formed Genesis brand. Promising to bring the future of connected car technology to buyers at an affordable price, the G90 is packed with razzle-dazzle at a price much lower than its competition.

European Influence: What does the debut of the new i10 have to do with the future of Hyundai? 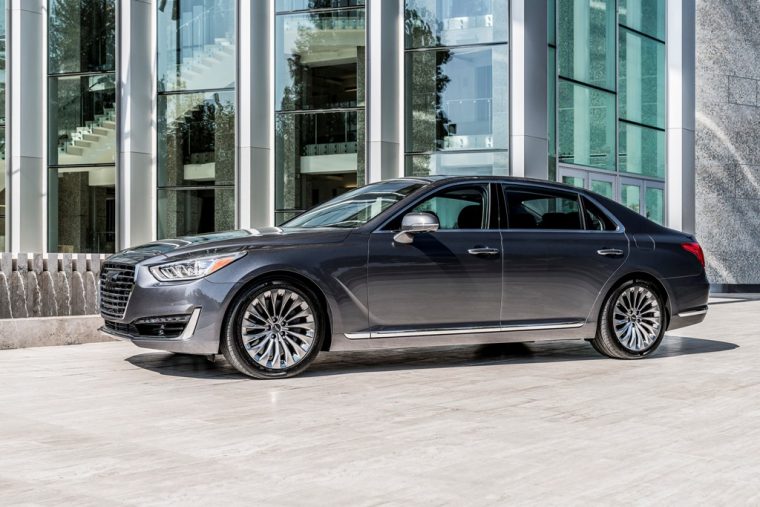 While some consider the Hyundai Equus as the predecessor of 2017 G90, the two luxury sedans share little in common–which is smart considering how sales of the Equus never took off. The brand-new G90 starts on its own footing–unlike the G80 which is just a rebadged Hyundai Genesis–with a redesigned body, enhanced performance, and a slew of standard features that competitors only offer as optional add-ons.

The introduction of Android Auto and Apple CarPlay integration across Genesis and Hyundai lineups also reaches the 2017 G90.

The 2017 Genesis G90 is offered in two trim levels: 3.3T and 5.0. Both come in standard rear-wheel drive with optional HTRAC All Wheel Drive. 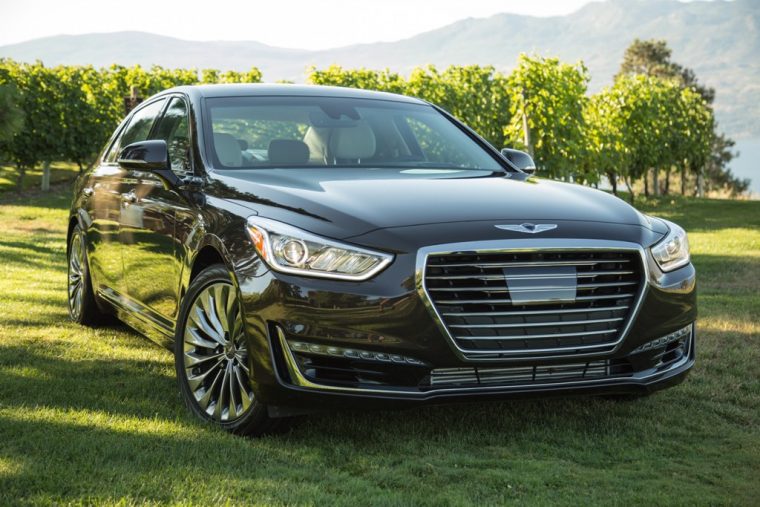 The most unique aspect of the Genesis flagship sedan’s body design is its wide front end with prominent hood and uniquely-shaped grille. Apart from that, its low curb height, extended wheelbase, and rounded edges are all typical of executive-class luxury sedans like the G90. While it’s a respectable, refined approach, it doesn’t stand out from the crowd in terms of visual identity. But if that’s what you’re looking for as a buyer, you’ll find it here. 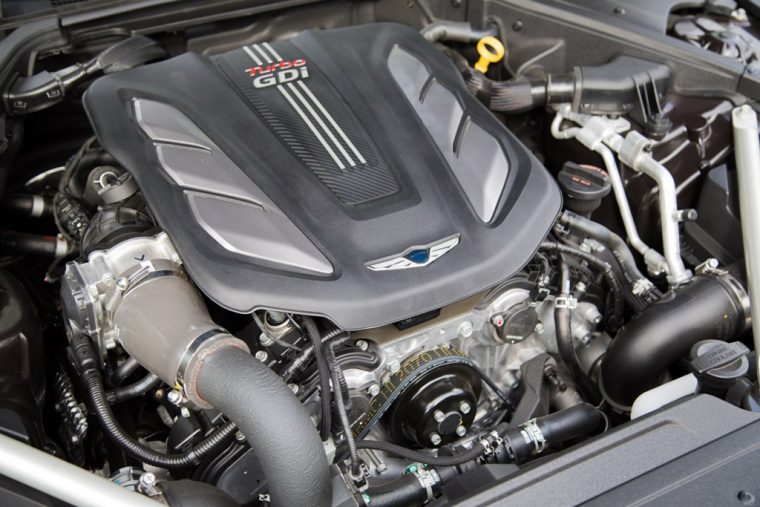 The heart that beats inside the G90 is one that will keep this premium performance sedan running with the pack. Not wanting to be the weaker beast on the road, the G90 boasts two powerful engine options: a 3.3-liter DOHC 24-valve Twin Turbo V6 in the 3.3T trim and a 5.0-liter DOHC 32-valve D-CVVT Tau V8 in the 5.0 trim. Both are paired to a standard eight-speed electronic automatic transmission with paddle shifters. 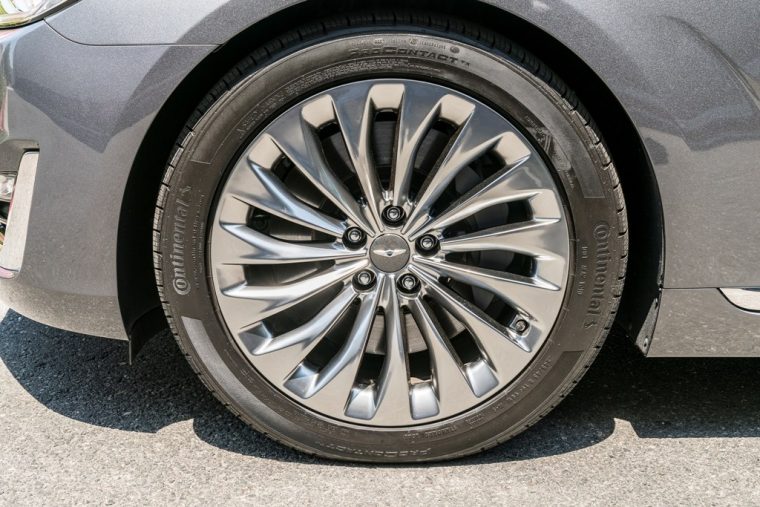 For as high-performance as the engines of the 2017 G90 are, the fuel efficiency isn’t terrible. Clocking in at around the same rate as its competition, the V6 reaches an estimated 20 mpg combined (no difference between AWD or RWD), while the V8 gets 18 or 19 mpg (AWD vs RWD, respectively). This amounts to between 15-17 mpg in the city and 23-24 mpg on the highway, depending on which option you choose. 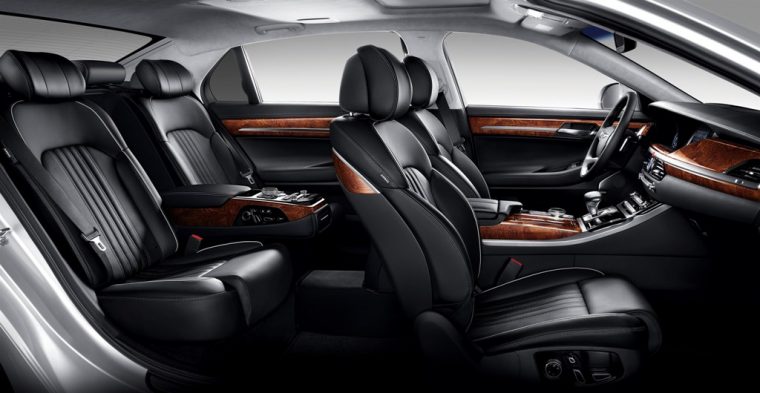 The 2017 G90 doesn’t disappoint when it comes to its cabin, both in refined construction and a surplus of features. While most automakers expect buyers to pay extra for snazzy hi-tech options–either in the form of add-on packages or higher-level trims, the G90 offers nearly everything standard–even on its 3.3T base trim. This generosity is bound to appeal to premium buyers on a budget, who will be impressed by the G90’s low starting price.

The cabin is also filled with premium leather touches and wood-like accents that further bolster its refined appeal. Being unusually spacious and able to seat five passengers, the G90 is a joy to drive and ride in. 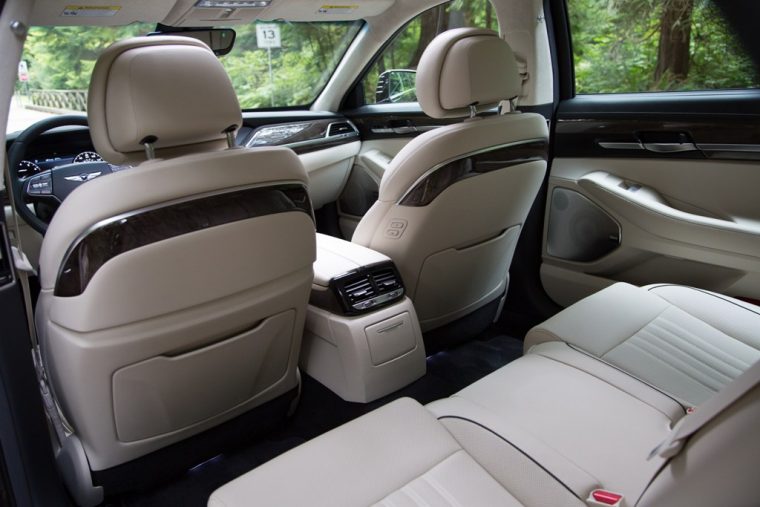 Strength isn’t just about performance; it’s also about protection. Luckily, the G90 has both. In addition to a host of unbeatable standard safety tech, the G90 has a durable frame construction. While no actual safety scores are currently available, the automaker announced, “…G90 is expected to achieve a 5-star safety rating (NHTSA), and a Top Safety Pick+ (IIHS) standards, based on preliminary internal crash tests.”