Now in its tenth-generation, the 2017 Honda Civic Sedan offers a dynamic blend of style, performance, and top-notch fuel efficiency, which makes this vehicle one of the premier options in the compact car segment. This new version of the Civic is also longer than the ninth-gen model and the interior is more spacious and comfortable than ever before. On top of all of this, the Honda Civic has a reputation for reliability and for retaining strong resale values, making it less stressful for buyers when it comes time to purchase the vehicle. Competition for the new Civic Sedan includes the Chevrolet Cruze, Ford Focus, and Toyota Corolla. 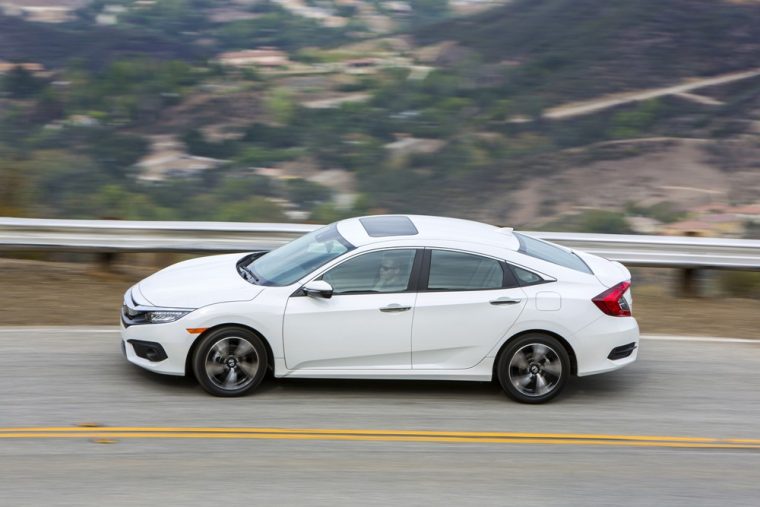 The Honda Civic Sedan received a thorough redesign for the 2016 model year, so the 2017 variant carries over relatively untouched. However, one notable change is that Honda now allows the turbocharged engine to be paired with the manual transmission. Furthermore, the Honda Civic is now offered as a hatchback model and the high-performance Type R is expected to become available in the US this spring. 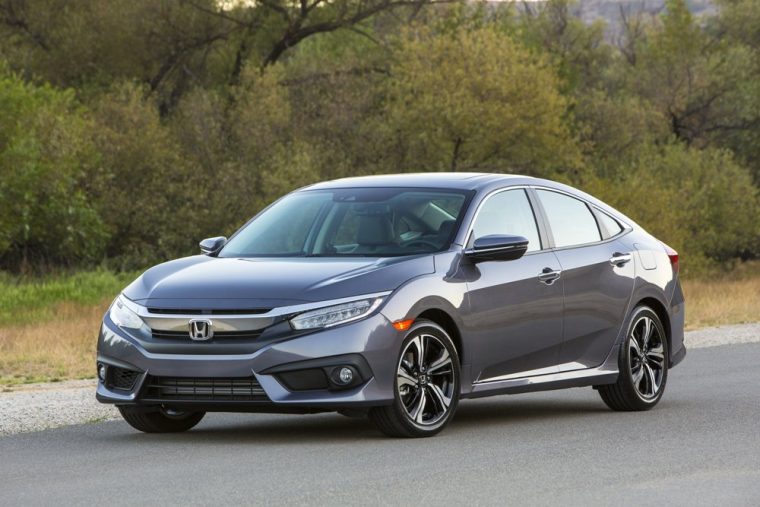 The 2017 Honda Civic Sedan features such a bold and aggressive exterior design that some people might mistake it for a high-performance fastback, rather than one of America’s best-selling compacts. Standard features on the new Civic Sedan include LED taillights, 16-inch alloy wheels, and projector-beam halogen headlights. In addition, the Civic Sedan’s sloping roofline and sharp body lines add even more visual appeal. What’s more, the 2017 Civic Sedan is available with LED headlights and decklid spoiler on higher trim levels. Exterior color options include Rallye Red, Aegean Blue, and Lunar Silver. 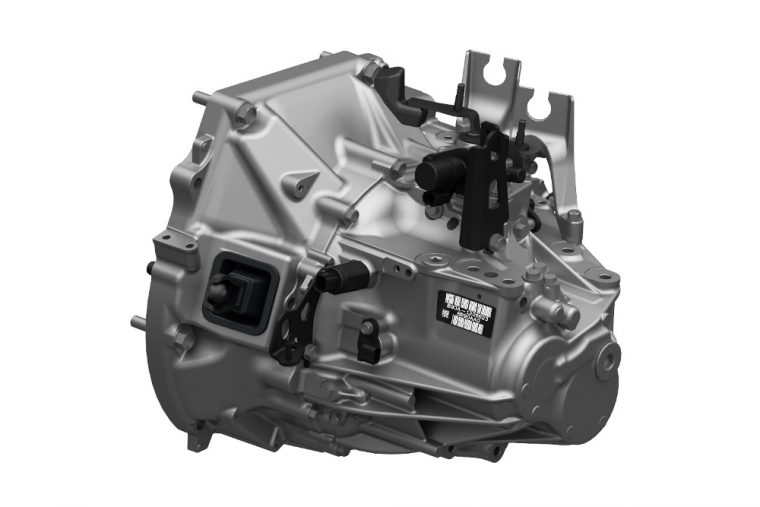 The 2017 Honda Civic Sedan comes standard with a 2.0-liter four-cylinder engine that’s rated at 158 horsepower and 138 lb-ft of torque. This motor comes paired with the buyer’s choice of either a six-speed manual gearbox or continuously variable transmission (CVT). Furthermore, buyers who go with the EX-T trim or higher will get the much talked about 1.5-liter turbocharged four-cylinder engine that supplies 174 horsepower and 167 lb-ft of torque. This turbo-four improves the sedan’s acceleration and can also be paired with the consumer’s choice of either the six-speed manual or CVT. 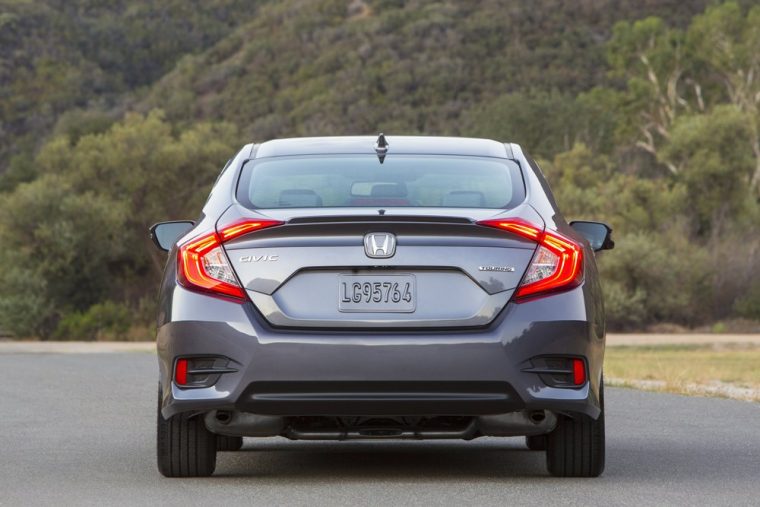 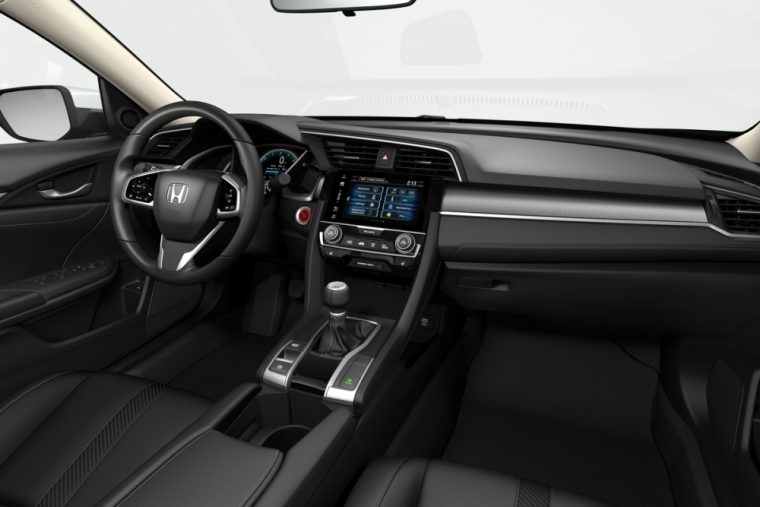 When people talk about the 2017 Honda Civic Sedan, chances are that you’ll hear them singing the praises of the new turbo engine or the vehicle’s striking design, but the cabin is also one of the tenth-gen Civic’s strongest selling points. This model provides increased cargo and passenger space compared to the ninth-gen Civic and also comes equipped with more advanced tech features. Even the entry-level LX trim comes standard with a rearview camera, four-speaker sound system, and automatic climate control. But if you step up one level to the EX model, you’ll also get a 7-inch touchscreen that can be used to control Android Auto and Apple CarPlay. 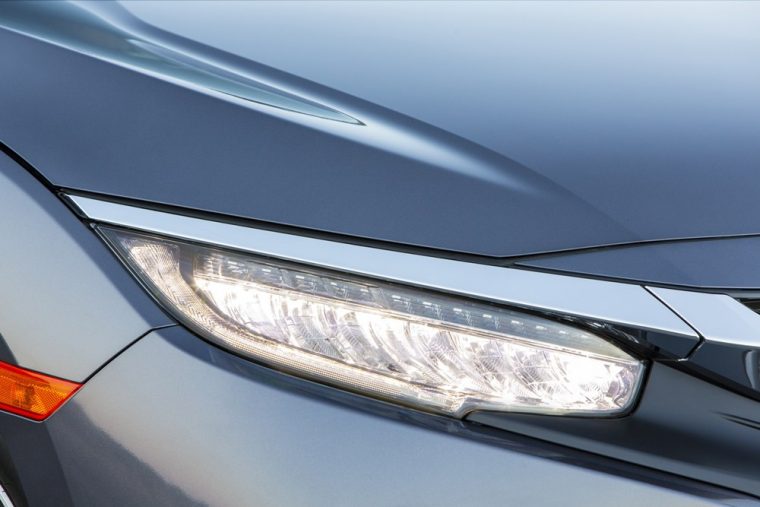