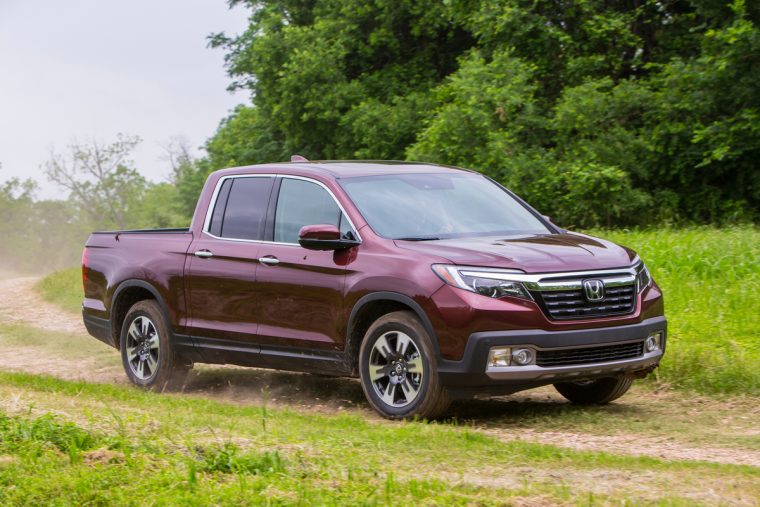 Honda’s ambitious redesign of the Ridgeline has paid off for the Japanese automaker. Today the pickup truck was named the 2017 North American Truck of the Year at the North American International Auto Show in Detroit.

Launched in June of last year, the 2017 Honda Ridgeline was reengineered to include a host of industry-exclusive features, among them unibody construction, a Dual Action Tailgate, an In-Bed Trunk, a scratch- and dent-resistant (and block-resistant) composite truck bed, and the world’s very first Truck Bed Audio System.

The 2017 Ridgeline holds the distinction of being the first and only pickup to earn a Top Safety Pick+ rating from the Insurance Institute for Highway Safety, which applies to models equipped with available front crash prevention system and LED headlights. This also marks the second consecutive year that Honda has earned a North American Car of the Year award, with the Honda Civic taking the top honor last year.

This also represents the second NACOTY award for the Ridgeline, which previously won in 2006—the same year that the Honda Civic was named the 2006 North American Car of the Year.

“This award is a prized validation of the innovations and advantages the Ridgeline offers midsize pickup truck customers and a great recognition of the American development team’s work,” said John Mendel, Executive Vice President of American Honda Motor. “This is a terrific way to kick off 2017, and we’re looking forward to sharing more innovative Honda products in the year ahead.”Together, over 50 members of the North American automotive media select the Truck of the Year, which is presented each year at the Detroit Auto Show. The prize is distinctive because it is determined by an independent group of journalists, rather than by any to one publication, radio, or television station.