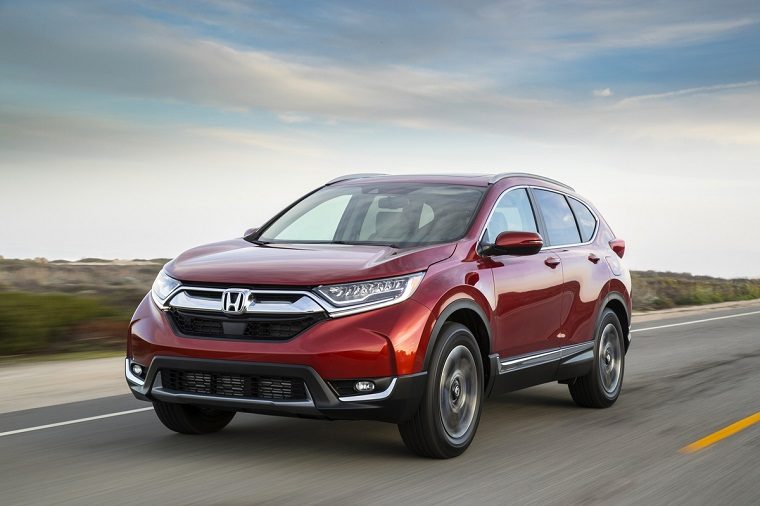 The new 2019 Honda CR-V has arrived in dealerships as it strives to continue its run as one of the highest-selling utility vehicles in the United States.

Pricing will start at an MSRP of $24,350 for the base LX trim, excluding a $995 destination and handling charge, which gets bumped up to $25,750 for the all-wheel-drive model.

That represents a very slight increase over the 2018 model, which cost just $100 less. The new EX and EX-L models cost $200 more, and the top-of-the-line Touring has the same price tag as before. These tiny variations can likely be attributed to the lack of changes compared to the outgoing model beyond a few small tweaks.

Of note is the introduction of a new white paint, Platinum White Pearl, which replaces White Diamond Pearl. Honda also elected to drop one of the CR-V’s trim levels, “EX-L with Navigation,” so that just four are now offered.

Honda spokesman Chris Naughton said this was done to “better align” the model’s trim structure to the market, based on consumer demand. He added that because every vehicle at the EX trim level and above comes with a 7-inch touchscreen multimedia system, complete with Apple CarPlay and Android Auto Support, this can essentially replace navigation via smartphone integration. Customers who want built-in navigation will have to upgrade to the Touring.

Besides this, the CR-V remains the same: a roomy SUV with a competent 1.5-liter turbo engine and a full suite of active safety features via Honda Sensing, including a full-speed front collision system with automatic braking.

Honda Sales: Surpassing every other brand where it counts