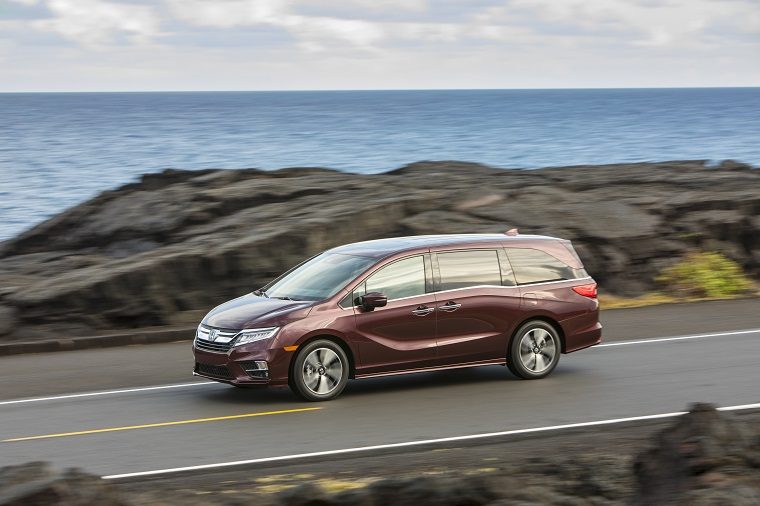 And now the verdict is out: if you want the safest new minivan, the 2019 Honda Odyssey is it. It was pitted against the Chrysler Pacifica and Toyota Sienna in the Insurance Institute for Highway Safety’s latest round of passenger-side overlap front tests and easily came out the strongest.

The IIHS looked at three categories — overall, structure, and passenger restrains and kinematics — as well as the degree of injury to four areas of the body, including head and neck, chest, hip and thigh, and lower leg and foot.

No minivan topped the Odyssey in any of the categories, which received the highest possible score of “Good” in every one other than an “Acceptable” score for structure. The IIHS was especially critical of the Sienna’s safety cage and noted that the Pacifica also had issues with intrusion.

As a result, the Odyssey earned the IIHS’s coveted 2018 Top Safety Pick award. Though it doesn’t stop there: it was also the only minivan to earn the “Good+” designation for LATCH child restraint anchors and tethers.

“The Odyssey is a good example of the steady improvements we have seen in LATCH ratings in just three years,” said David Zuby, the Institute’s chief research officer.