Everyone’s favorite modern SUV remains as spacious and family-friendly as ever, with a long list of refreshing and innovative upgrades that give it a new attitude in its third generation. For everything you could want in a minivan without actually driving a minivan, the 2019 Honda Pilot is the answer to your prayers. From subtle and effective styling changes to the standardization of cutting-edge safety technology, the 2019 Pilot is the intelligent SUV tailored for your needs. 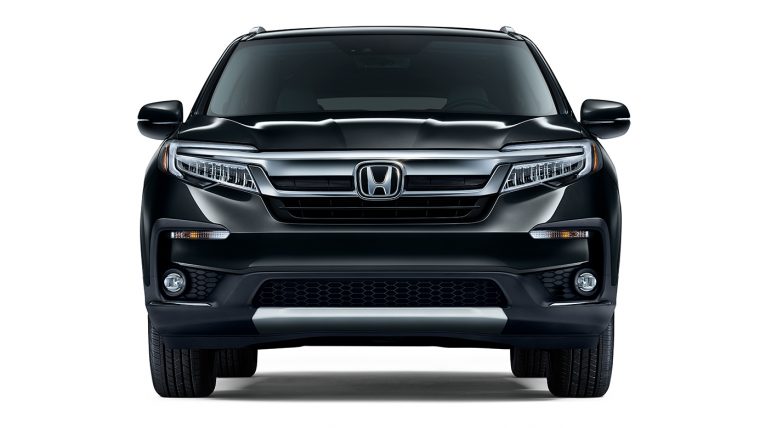 The 2019 Honda Pilot has been redesigned and refreshed with tremendous capabilities. The popular 8-seat SUV received many changes this model year, including more aggressive exterior styling, a new hands-free power tailgate, powertrain refinements, and standard Honda Sensing®, as well as extensive technology upgrades. All five trims of the Honda Pilot are returning — LX, EX, EX-L, Touring, and Elite — with these improvements found all across the board. 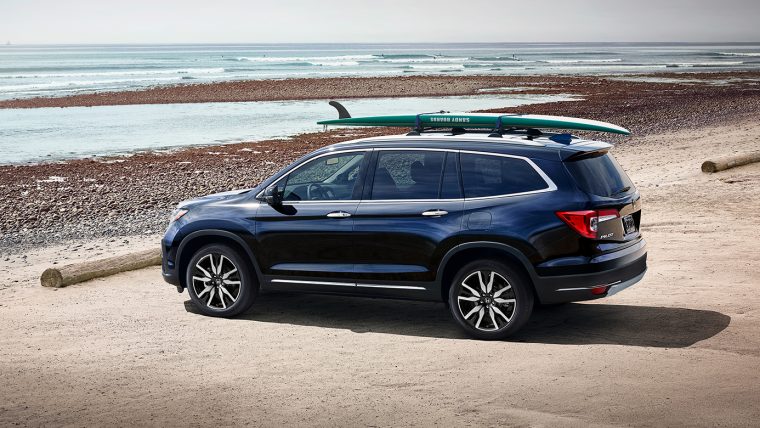 The capabilities of the 2019 Honda Pilot are reflected in its updated exterior, where a redesigned grille and new skid garnish give a more aggressive and impressive look to Honda’s signature “flying wing” grille design. Visibility and styling are further improved by new taillights, turn signals, and LED backup lights. The Elite also receives heated, power-folding mirrors with automatic dimming. A newly available hands-free power tailgate on the Touring and Elite trims makes it easier for drivers to open the tailgate if their hands are full, simply by kicking their foot under the rear bumper.

Exterior features on the 2019 Honda Pilot Touring:
-Adds to or replaces features on EX-L-

Exterior features on the 2019 Honda Pilot Elite:
-Adds to or replaces features on Touring- 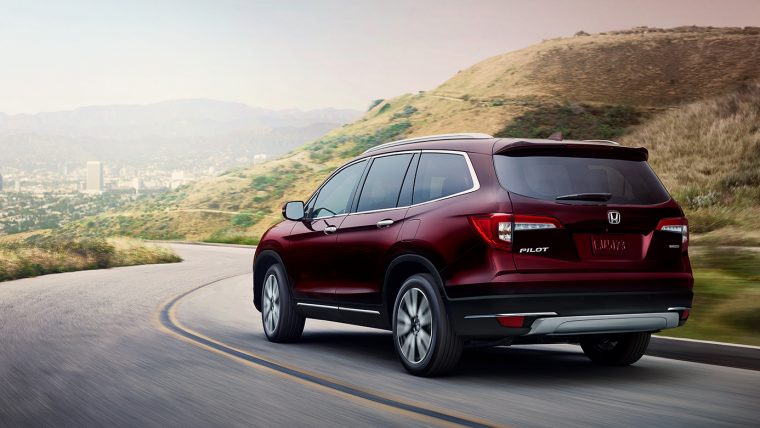 The performance of the Honda Pilot has been enhanced for 2019, with a retuned nine-speed automatic transmission available in the Touring and Elite trims, improving the drivability with smoother shifts. An upgraded Idle Stop system allows for quicker restarts when accelerating after engine stop, while reconfigured air conditioning reduces the number of engine restarts.

All trims come with standard two-wheel drive and available all-wheel drive, except for the Elite trim, which comes standard with AWD. As a standard feature on all AWD models, an intelligent Variable Torque Management system offers superior control and improved handling in all driving condition. A 3.5-liter V6 engine sits under the hood of all 2019 Honda Pilots, with two different transmission options depending on the trim. The LX, EX, and EX-L come with a six-speed automatic transmission, while the Touring and Elite trims have a standard nine-speed automatic transmission with Paddle Shifters. 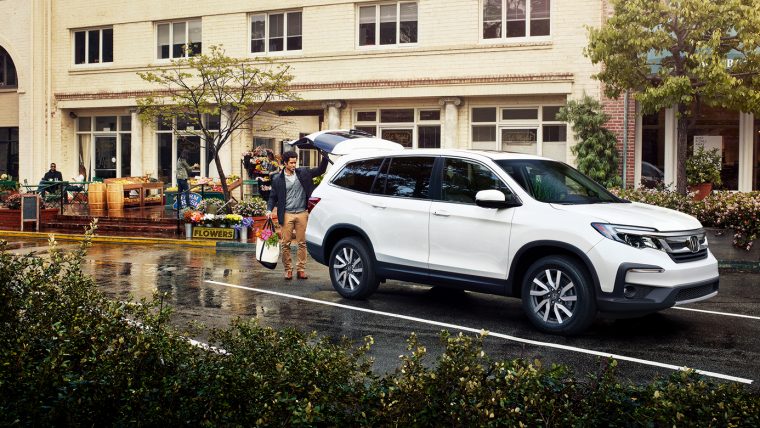 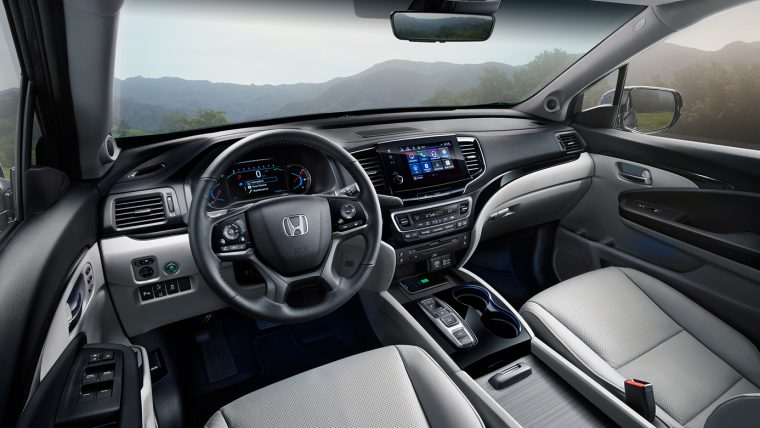 Numerous technology upgrades have found their way into the 2019 Honda Pilot as well, such as an all-new Display Audio system, a redesigned instrument cluster, an updated Rear Entertainment System, CabinControl™, CabinTalk™, and the next-generation HondaLink® platform. An available 4G LTE Wi-Fi® hotspot and wireless smartphone charging also allow for greater connectivity when you enter the 2019 Pilot.

Interior features on the 2019 Honda Pilot Touring:
-Adds to or replaces features on EX-L-

Interior features on the 2019 Honda Pilot Elite:
-Adds to or replaces features on Touring-

For the first time, all 2019 Honda Pilot models come standard with the Honda Sensing® suite of advanced safety technologies for greater driver awareness. Included in the Honda Sensing® suite are Collision Mitigation Braking System™ with Forward Collision Warning, Road Departure Mitigation, Lane Keeping Assist System, and Adaptive Cruise Control. Additionally, automatic high beams and a Multi-Angle Rearview Camera are both standard across the lineup. Honda’s Blind Spot Information System that was previously only available on the Elite trim has expanded to be a standard feature on the EX, EX-L, and Touring trims, where the Rear Cross Traffic Monitor is also standard.

The level of active and passive safety protection on the new 2019 Pilot has it targeting a 5-Star Overall Vehicle Score from the National Highway Traffic Safety Administration when it is tested in the future.

Buying vs. Leasing: The pros and cons of buying and leasing a vehicle