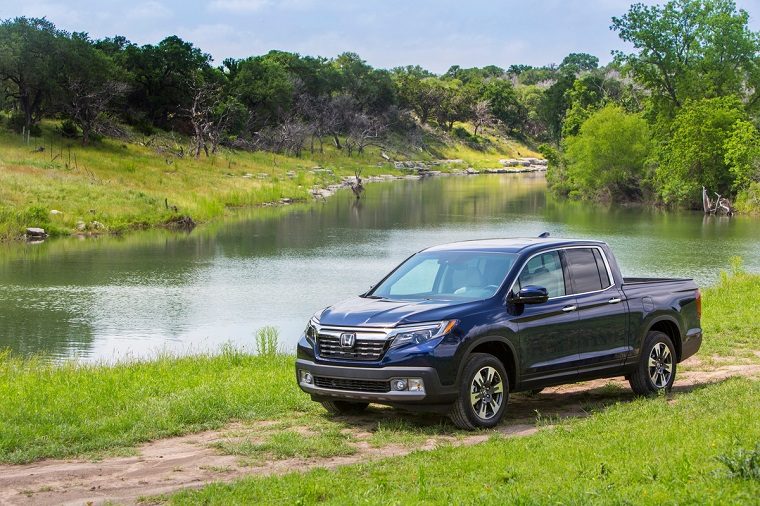 The Honda Ridgeline has once again been named in Car and Driver magazine’s annual list of the “10Best Trucks and SUVs,” its third consecutive appearance.

The Ridgeline took top honors in the midsize pickup category, which is populated by strong opponents the likes of the Toyota Tacoma and Chevrolet Colorado.

Though Car and Driver’s editors noted that the 280-horsepower Ridgeline boasted lower payload and towing ratings than some of the competition, they believed its unique features “more than compensate[d]” for it.

Related: Honda Accord and Civic honored in Car and Driver’s other 10Best list

The magazine pointed to the Ridgeline’s dual-hinged tailgate, lockable in-bed weatherproof trunk, and composite bed that can double as a speaker, as some of the amenities that bring it to the top of the midsize pickup segment.

“The Ridgeline’s outside-the-mainstream design imbues it with real versatility, and make it more than merely a shrunken version of a full-size pickup,” Car and Driver said, referring to the pickup truck’s unique unibody design.

“Furthermore, it boasts a roomy and comfortable cabin, and its superior ride and handling are befitting a sedan,” it added, before pointing out the Ridgeline’s excellent fuel economy and acceleration.

There was one caveat: the Ridgeline didn’t actually come up against any competition for the award this year. It was the only midsize pickup truck in the running, as it was the only one different enough from last year to qualify.

But given that it also won in 2018 and 2017, and that its competitors from those years haven’t changed, it seems fairly obvious that it should be worthy of the award in 2019 as well.