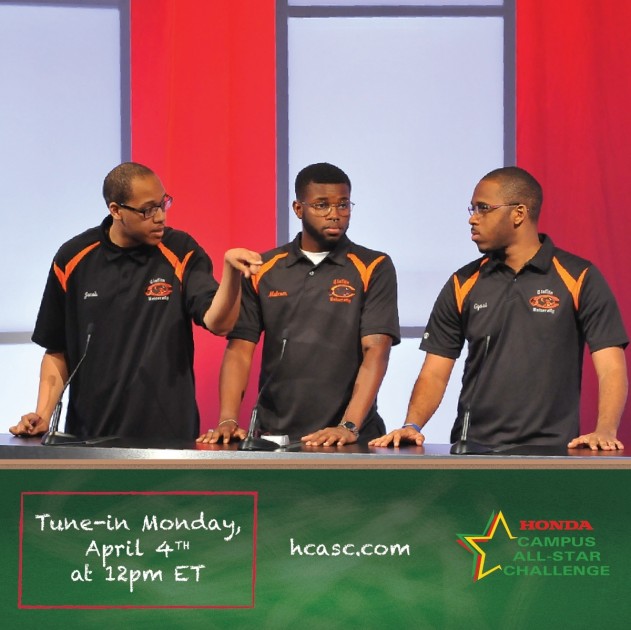 On April 2-6th in Torrance, California, nearly 200 top students from 48 Historically Black Colleges and Universities (HBCU) will test their knowledge at the 27th annual Honda Campus All-Star Challenge (HCASC) National Championship Tournament (NCT). If you’d like to tune in to the action, the 2016 NCT will be live-streamed noon on Monday, April 4th, exclusively at HCASC.com.

In addition to bragging rights, the winning teams will receive grants for their schools. Since 1989, over $7.5 million has been awarded to the competing HBCUs for books, tuition, scholarships, and more.

“Honda is proud to support HBCUs because of the unique and critical role they play in higher education, helping millions of students achieve their dreams,” said Steve Morikawa, American Honda Vice President of Corporate Relations and Social Responsibility.

Much like the NCAA’s March Madness, the tournament is the culmination of a yearlong process. When students arrive at the beginning of fall, “Power Search” quizzes identify the most academically advanced students, who are then recruited for their school’s HCASC team. They must practice under the tutelage of a faculty coach, who in December, selects the varsity team. Then in January, teams attend National Qualifying Tournaments to see which schools will make the “Great 48.”

You can check out the full list of this year’s “Great 48” here.

More than 100 volunteers help produce the National Championship Tournament, including nearly 40 Honda associates. They help out by serving as game officials, running registration, and hosting the students.

In addition to watching the live-stream, fans can connect with HCASC via social media for updates on Facebook at www.facebook.com/HCASC and on Twitter at www.twitter.com/HCASC using #HCASC.