30 Millionth Honda Made in North America Rolls Off Assembly Line 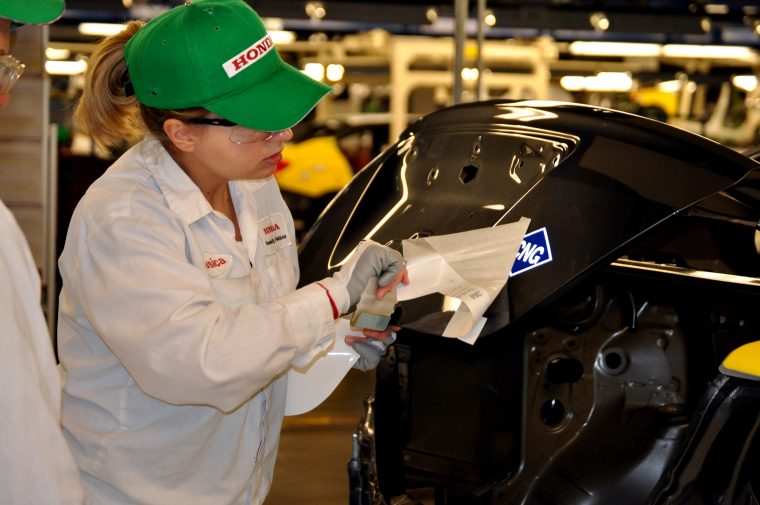 A worker at the Greensburg, Indiana, plant assembles a Civic Natural Gas Vehicle

Today, Honda is celebrating a new landmark: the production of its 30 millionth vehicle manufactured in North America. The achievement is the result of the combined efforts of the company’s eight auto plants in the United States, Canada, and Mexico, which in 2014 produced 97% of all the Honda and Acura automobiles sold in the US.

This major milestone was over 30 years in the making. On November 1, 1982, Honda became the first Japanese automaker to begin producing vehicles in America with the opening of the manufacturing plant in Marysville, Ohio. Four years later, Honda expanded into Canada with the Alliston plant in Ontario, and first journeyed south of the border in 1995 with the El Salto, Jalisco, plant.

Honda News: Check out the new high-tech Accord that Honda debuted in Silicon Valley

This nifty infographic from Honda provides some key figures regarding the automaker’s North American manufacturing history: 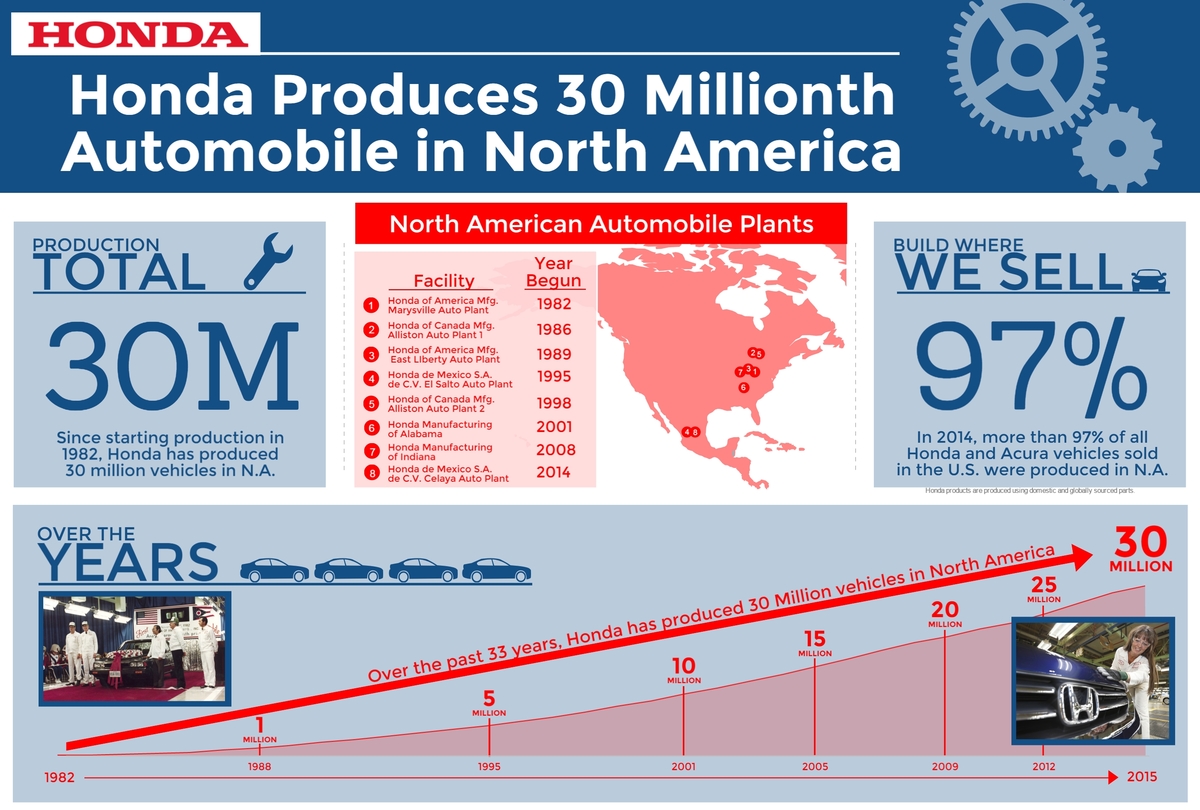 Honda News: See the 2016 Civic before its official debut

“The production of 30 million automobiles in North America is the result of the support we have received from our customers and the communities that serve as a strong foundation of our operations in North America,” said Honda North America president Takuji Yamada. “This is an incredible achievement by Team Honda – including the tremendous dedication and teamwork of our associates, past and present, together with our suppliers, dealers and business partners – all focused on creating joy for our customers.”

All in all, Honda says its total investments in North American auto, engine, and transmission facilities is over $17 billion, and is currently responsible for the employment of 28,000 workers.