The autumn season brings cooler temperatures and changing leaves–as well as frightening ghosts and ghouls! This is the perfect time of year to pop in an old VHS of a classic scary movie and have a scream.

Speaking of scary movies, did you know that some of the famous Universal Pictures monsters from the silver screen have a lot in common with certain automobiles? Here’s how we at The News Wheel would cast these classic, campy creatures if they were motorized vehicles.

“Old” Doesn’t Always Mean “Classic”: What you should know before buying a used car

What If These Silver Screen Monsters Were Cars?

The Monster: The creation of a man who’s vanity and arrogance compels him to create life, this ugly, disproportioned monster is a hodge-podge of body parts. He means well, but leaves a trail of destruction in his wake.

The Model: As heavily modified forms of pickup trucks outfitted with unnaturally large wheels and “Frankensteined” underpinnings, early monster trucks from the 1970s were unnatural hybrids created by mechanics who wanted to develop vehicles never seen before.

The Monster: Imhotep had been a majestic high priest serving Egyptian royalty. He was buried alive and later (much later) resurrected in a mummified state, covered in bandages and decaying flesh. His strength and persistence make him a force that refuses to give up and die.

The Model: According to Consumer Reports, the average lifespan of a car is 8 years, with some able to reach 15 years if properly maintained. Then there are those rusty, clunking, ancient jalopies that defy reality and somehow are still roaming the streets decades after they should be. Held together by duct tape and determination, these crumbling vehicles refuse to kick the bucket.

The Creature from the Black Lagoon

The Monster: This ancient creature lives in the shadows, underwater until it’s disturbed and attacks when it’s bothered by nosy explorers. It’s capable of breathing underwater and on land. The Gill-Man has extremely tough, scaly skin resistant to most types of damage; his movement is stiff, slow, and lumbering.

The Model: A slow yet strong vehicle that travels between water and land? This one isn’t difficult to choose… 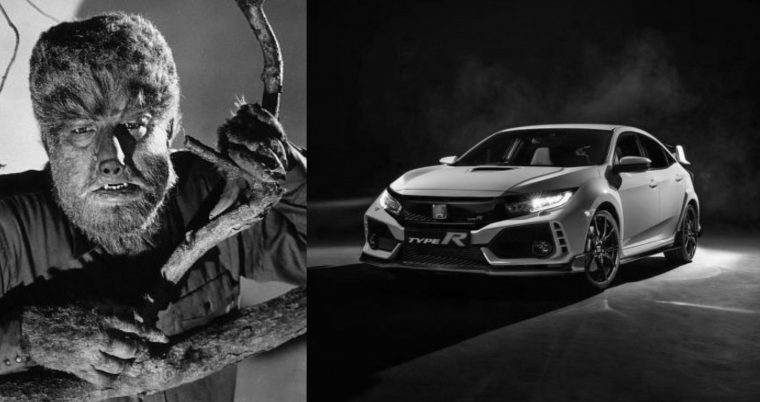 The Monster: A well-meaning guy who desires to get married and become a family man, Larry suffers from a curse that compels him to change into a ferocious beast controlled by his animal instincts when he’s under the light of a full moon.

The Model: Some family vehicles can suffer from a overwhelming urge to become some sort of beastly performance machine that crawls the shadowy streets at night. Such is the case with the Honda Civic Type R, a boring family vehicle with an unforeseen ferocious streak.

The Monster: Ageless and nearly immortal, Count Dracula heralds from Eastern Europe. He prefers ancient styles and luxuries over contemporary trends, surrounding himself with refined yet peculiarly outdated amenities. He’s cunning but prone to fits of rage and haughtiness.

The Model: The early Škoda Favorit models from Eastern European automaker Škoda Auto were luxurious, dignified, and imposing limousines created in the late 1930s. You hardly see these ancient vehicles anymore, but if you do, no doubt it’d be driven by a pompous aristocrat with a mean streak. 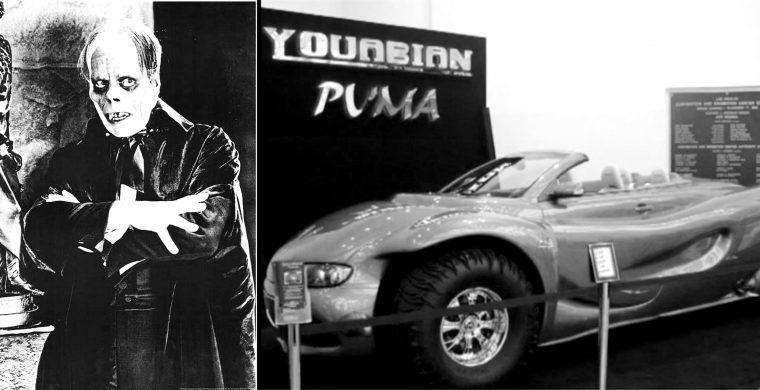 The Phantom of the Opera

The Monster: With a severely deformed, corpse-like face, Erik is intelligent but also selfish, vindictive, and yearns to be taken seriously by and accepted in society.

The Model: This independently-created vehicle shares basic similarities with standard automobiles but is notorious for its appearance. A terrifying sight to behold, its body should be covered by a mask that obscures its deformed fascia.