Acadia has Monster Month as GMC Sales Rise in May 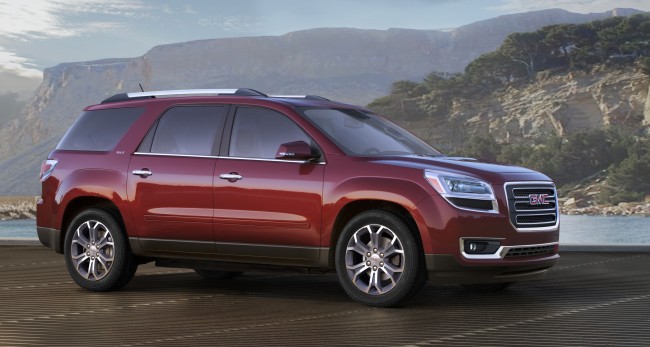 GMC continued it substantial roll in May by delivering sales of 50,657 vehicles in the United States. Performing 12.5% better than the brand’s sales from May 2014, GMC approaches the half-way point of 2015 with nearly every vehicle in its lineup selling substantially better than it had through the first five months of last year.

GMC enjoyed its best May in a decade thanks to a surprising 67.1% surge in sales for the Acadia. While the Acadia generally good for sales in the mid-to-high four-figure range, a total of 10,498 Acadias were delivered in May. This marks the first time that the Acadia has crossed the five-figure sales threshold since March 2013 and only the third time it has accomplished the feat in five-and-a-half years.  Nearly as impressive is the fact that May accounted for more than one-quarter of all Acadia sales thus far in 2015.

Through May, GMC has sold 217,662 trucks and utility vehicles in the United States, 15.3% better than its pace at this point last year.