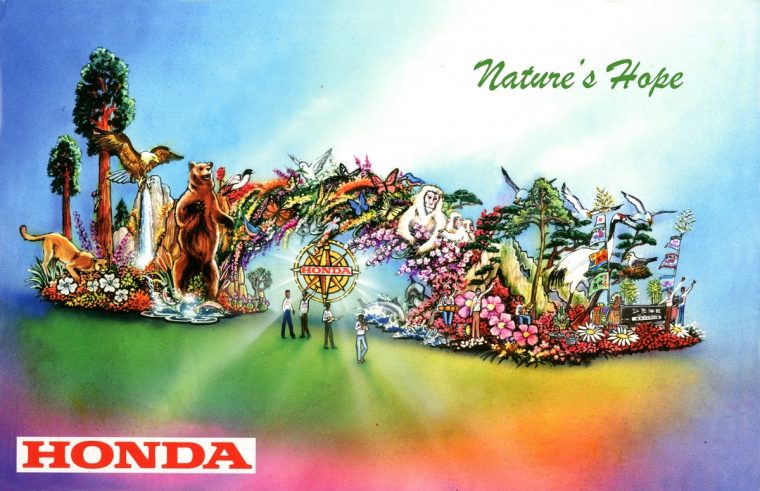 Once again, Honda is acting as the presenting sponsor of the annual Rose Parade, held each New Year’s Day in Pasadena, California. Honda’s national park-themed float entry, “Nature’s Hope,” will lead the 127th Tournament of Roses, while the automaker’s new Acura NSX supercar will serve as the official pace and sound car.

Honda News: Honda sports cars may be returning to the US

Honda’s float is a tribute to American and Japanese national parks, with the front inspired by the Sanriku Fukko National Park that was established in 2013 following the 2011 Japanese earthquake and tsunami. There are also several design elements based on US parks, including a grissly bear and North American cougar, a real 14-foot waterfall based on Yosemite Falls, and an elk and bald eagle set near large Sequoia trees.

Twenty high school students from Japan’s Iwate prefecture who were affected by the 2011 tsunami will join 250 Los Angeles high-schoolers and singer Daniel Ho to perform alongside the float during the opening show. The Japanese students are part of the TOMODACHI initiative that was created by the US and Japanese governments to form friendships between the two countries’ youths.

Driving Tips: How to survive a traffic jam

According to Honda, the visiting Japanese students suggested several design elements that were incorporated into the “Nature’s Hope” float, including the “Miracle Pine Tree” that somehow survived the tsunami, two folk art horses from the Chagu Chagu Horse Festival held each June in Morioka City, Nambu ironworks crafted in Iwate, a Japanese New Year bamboo arrangement, and cherry blossoms surrounding Snow Monkeys, both of which are indigenous to Iwate.

The 100-foot long and 24-foot high “Nature’s Hope” float will be fueled by a special low-emission, hybrid powertrain. This marks the sixth straight year that Honda has used the specially-configured powertrain.