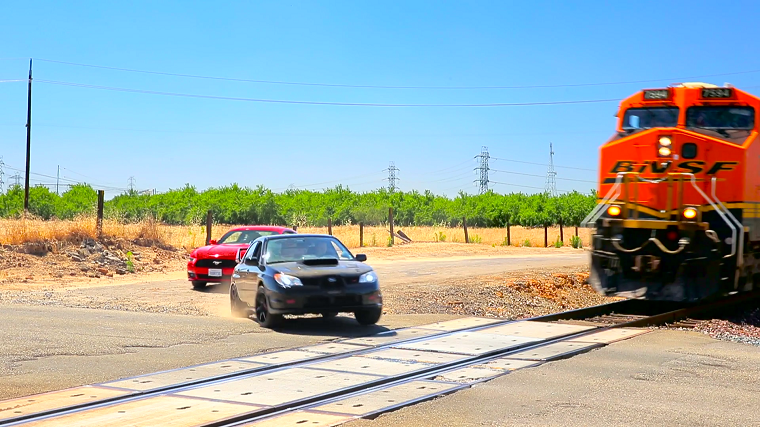 Before The Fate of the Furious hit the big screen, I resolved to watch the whole Fast & Furious franchise to get properly acquainted with the series that car enthusiasts apparently loved. If you read my review of the series, you’ll know that I wasn’t really all that impressed.

Fortunately, there’s plenty to love about some of the content that has been spawned as a result of the franchise’s existence. You may have seen, for instance, the supercut of every single shift in the first seven movies, or various satirical clips on comedy networks.

OEM vs Aftermarket: Which parts are better?

This latest parody, however, is probably the greatest of them all: titled “The Final Race” and produced by Car Bros, it features a drag race between a Subaru WRX STI and a Ford Mustang in the style of The Fast and the Furious, complete with everything you would see in the franchise: an inordinate amount of shifting even in an automatic car, driving in reverse, intense staring, a 12-second drag race that takes more than a minute to develop on screen, and more, all depicted with the appropriate amount of ridicule and hilarity.

Near the end of the video, Car Bros even dares to make a parody out of Paul Newman’s death and the tribute to him in Furious 7 by inserting their face onto Newman’s via CGI, just as Newman’s had been CGI-ed on top of his brother’s face after filming had ended. We’ll let you decide whether you think it’s in poor taste or a veritable stroke of comedic genius.