Aldred: There May Be a New GMC Model in Next 12 Months 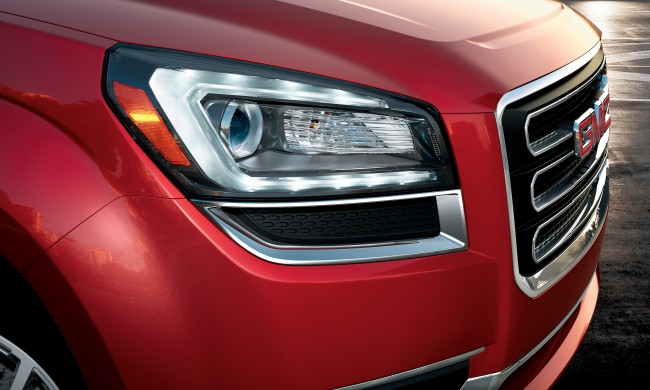 GMC may launch an all-new, downscaled Acadia in 2016

Curious as to when we can expect GMC to add another new vehicle to its lineup? According to Duncan Aldred, Buick-GMC US vice president, the brand’s next new model could be as little as a year away.

Aldred spoke to WardsAuto about GMC’s potential for market share growth, saying that all the brand would require in order to reach a 5% market share would be a couple of new models. When considering the hand-in-hand nature of GMC and Buick, the automaker has hinted that rather than slotting a crossover between the Acadia and the Terrain, GMC would relaunch the Acadia in 2016 in a newer and smaller build to give the combined Buick and GMC crossover lineups a full four-size front between the Enclave, Acadia, Terrain, and Encore.

This leaves the distinct possibility that this new model which is possible a year away will be the much-discussed Wrangler-fighter based loosely upon the Hummers of old.

“We are looking at portfolio options,” Aldred said. “It’s a truck brand and it’s a premium-truck brand. We’re not going to move away from that.”

If GMC is indeed a year away from bringing a new model to market, it’s possible that we could see something as soon as the New York Auto Show. C’mon, Hummer!