Alfa Romeo Giulia QV Rumored To Have Completed Lap At Nurburgring in 7:43 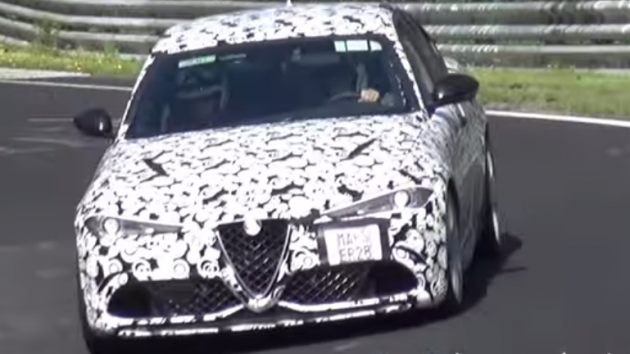 After years of speculation and rumors of a potential comeback, the Alfa Romeo Giulia QV was recently seen testing at the Nurburgring Motorsports Complex in Germany and reports suggest that the Giulia QV prototype is extremely fast.

The Blog di Motor reported that the Giulia QV prototype completed a lap around Nurburing in a time of only 7:43, but this lap time has not been officially confirmed and is only a rumor. If it turns out to be true, then the Giulia QV would be faster than the 2015 BMW M4, which took 9 seconds longer to complete a lap around the same track.

It has also been rumored by Art Of Gears that the prototype also featured at least 20 more horsepower than originally reported. That would mean the Giulia QV’s TwinTurbo V6 engine is capable of 530 horsepower.

You can hear the Alfa Romeo Giulia QV’s powerful engine in the following video of it testing at Nurburgring: