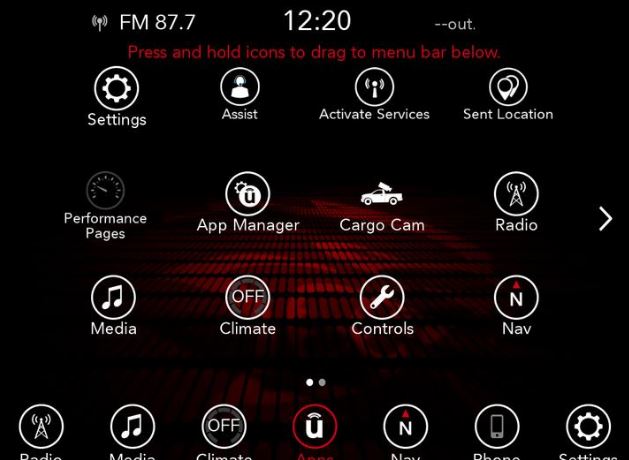 The new Uconnect system offers more savvy tech than ever

If you thought Fiat Chrysler’s award-winning Uconnect infotainment system couldn’t get any better, think again. The Italian-American carmaker recently debuted its fourth-generation Uconnect system, and it’s the best yet.

This new system, which debuted in the 2017 Chrysler 300, Dodge Charger, and Dodge Challenger, offers consumers a number of performance improvements. These improvements include a faster startup time, better processing power, and a new 8.4-inch touchscreen, which allows for multi-touch gestures and provides sharper images and graphics.

Smartphone users will be especially happy with the fourth-generation Uconnect system, since it now comes standard with Apple CarPlay and Android Auto. Apple CarPlay allows iPhone users to mirror their iPhone’s screen on the touchscreen, which makes it easy for drivers to place calls, listen to music, and send and receive text messages without taking their eyes off the road. Uconnect even allows for Siri Voice Control, which means drivers won’t have to remove their hands from the steering wheel, too.

Android Auto is similar to the Apple CarPlay program, just for Android smartphones instead. It also has Google Maps with free voice-guided navigation and live traffic reports, though, which makes traveling easier than ever before. Add the on-demand access to 30 million songs via Google Play Music and voice-activated Google search, and this feature makes your car the smartest computer you own.

Head Out on the Open Road: Learn how to prepare for a family road trip

Jeep lovers will especially enjoy one of the Uconnect system’s newest features. Jeep Off-road Pages is the newest technology for those that like to go off the beaten track. It allows drivers to keep an eye on their vehicle’s off-road capability and performance, displaying vehicle information like the steering angle and which terrain mode the vehicle is in. It also keeps track of basic information like the coolant and oil temperature. This feature is only available on the 2017 Jeep Grand Cherokee.

Eventually, this all-new Uconnect system will be available in all 2017 Fiat Chrysler models. Until then, check them out in the 2017 Chrysler 300, Dodge Charger, Dodge Challenger, and Jeep Grand Cherokee.