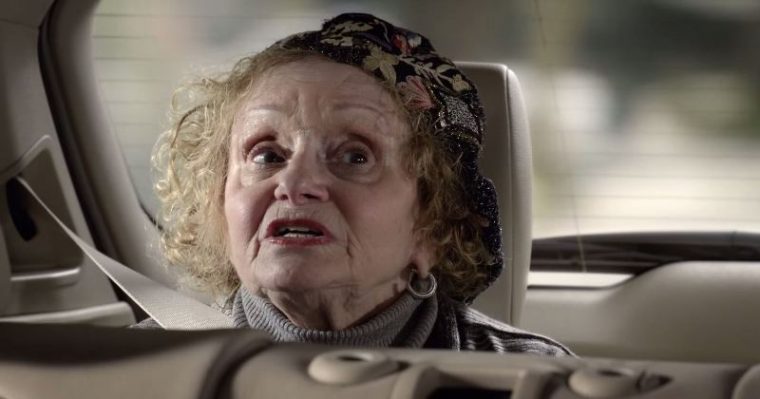 Be thankful we don’t see what Grandma’s wearing in the back seat
Photo: BMW USA

UPDATE: Want to find out who the actress playing Grandma is? Read our follow up article!

Thus far in 2015, BMW has been on a roll with its commercials. Following the clever, self-deprecating banter between Katie Couric and Bryant Gumbel in the advertisement for the electric i3 during Super Bowl XLIX, BMW is turning its attention to a topic that’s sweeping the nation: S&M.

Because of the baffling hype surrounding the upcoming Fifty Shades of Grey film, fetishes are becoming mainstream, both in American culture and recent advertisements. The latest brand to hop on the sexual domination bandwagon (you just imagined what that would look like, didn’t you?) is cultured, conservative BMW. To sell the premium package and third row seating of the BMW F15 X5, the automaker goes for blue humor laughs by revealing a woman’s steamy past–that woman being an awkward, dirty grandmother. [ Click to See the Video ]

Ad for BMW X5 Gets Uncomfortable with Fifty Shades Grandmother

The commercial begins with a family driving to an unspecified destination in their luxury BMW X5 SUV: the parents in the front, two young girls in behind them, and the father’s mother in the third row (because of this, we shall refer to her as “Backseat Grandma“). 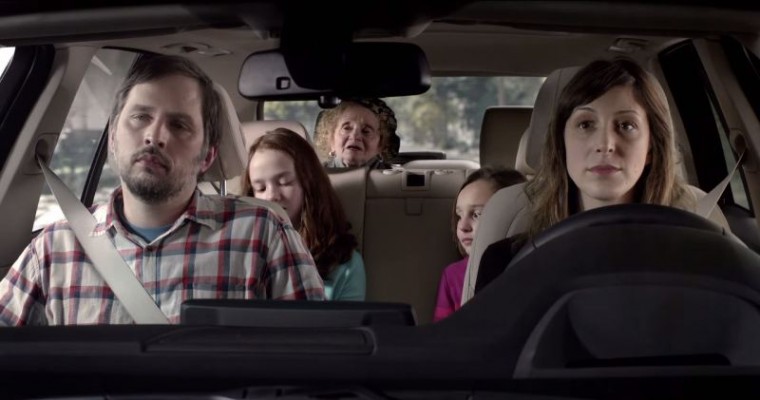 Does this remind you of your own family? We’re SO SORRY to hear that.
Photo: BMW USA

As the family continues their drive, the stereotypical nagging grandmother offers her unsolicited advice, suggesting, “It’s much faster if you go the other way.” She doesn’t receive a response, so Backseat Grandma offers an observation on the family’s BMW. “This leather’s fancy,” she acknowledges.

It’s at that point we enter hilarious dysfunctional family territory. Despite Backseat Grandma’s daughter-in-law shrugging off the comment by muttering, “Yeah, it’s the premium package,” the old lady continues.

“Your grandfather loved it when I wore leather,” Backseat Grandma blurts out. Still no response, though the wife looks concerned for the sake of the children riding with them. “He was a very dominant man,” continues Fifty Shades grandma’s reminiscence–until her son cuts her off.

Thank you, Fifty Shades of Grey. You’ve brought well-respected BMW into S&M grandmother territory to advertise luxury interiors–at the cost of the viewer’s innocence. If you watch the ad a second time, it completely changes your interpretation of the grandmother’s opening line, “It’s much faster if you go the other way.”

You can watch the commercial below–but we must warn you: it won’t be the premium package, the X5, or the 5/7 seat configurations you’ll remember afterward.