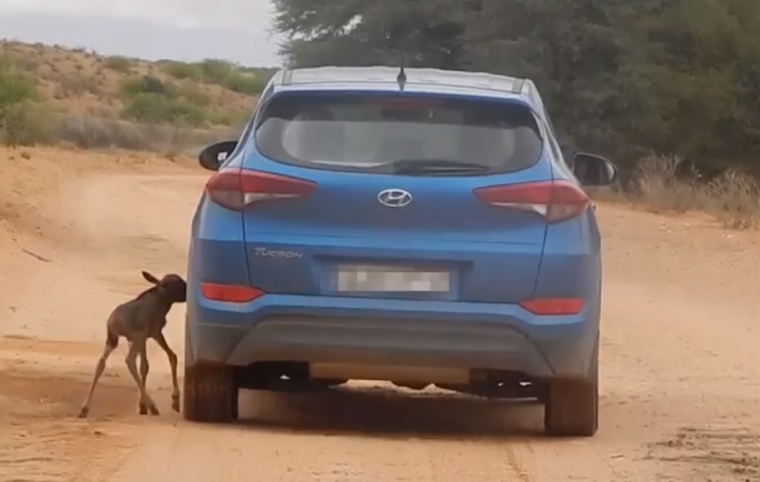 When Hyundai says the Tucson is a great vehicle for families, I don’t think this is what they had in mind

Without a doubt, wildebeests are some of my favorite animals on the planet. Despite what many people might think, there is so much more to these creatures than the fact that they trampled Mufasa to death in The Lion King.

For example, baby wildebeests are able to stand and walk mere minutes after being born. Despite this amazing feat, it would appear that one baby wildebeest in South Africa had trouble catching up with its herd.

As such, the poor wildebeest became bewildered and started mistaking vehicles on the road for its mother.

Zaheer and Asma Ali were driving through the Kgalagadi Transfrontier Park in South Africa when they spotted a rather peculiar sight: a baby blue wildebeest walking alongside a bright blue Hyundai Tucson. When the calf attempted to suckle from the Tucson’s tire, it became clear that the baby had mistaken the Hyundai for its mother.

“We were shocked to see that the wildebeest calf moved and stopped when the car did,” said Zaheer Ali. “At first, we didn’t understand what was happening, but after a few minutes of viewing the wildebeest, checking our surroundings and seeing that there wasn’t a herd in sight, we realized that he was probably lost and the had taken to the car in front of us as its mother.” 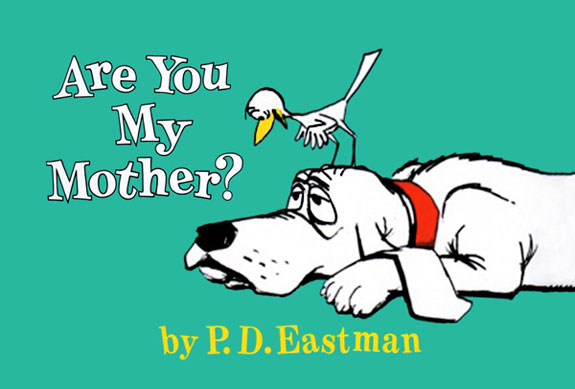 Juvenile wildebeest usually keep up with the herd by following the largest moving object that is nearby. For most baby wildebeests, that object is their mother.

The wildebeest calf proceeded to follow the Tuscon down the road, a move that put it into a near-collision situation with a Toyota on the other side of the road. Fortunately, the Toyota’s ABS technology  stopped the vehicle just in time, and the baby Wildebeest merely ran into the vehicle without suffering any major injuries. 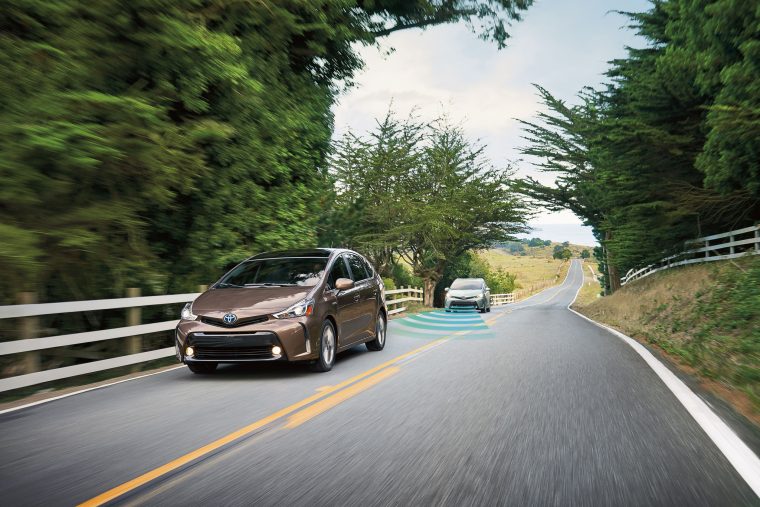 Wishing to prevent any potential injury for the poor baby wildebeest, Zaheer and Asma Ali decided to lead the calf away from any trouble and attempt to locate its lost herd. They got the wildebeest to follow their vehicle, keeping a safe distance ahead of the animal so as to prevent another collision.

“We drove for about another 4-5 km like this in search of a herd of wildebeest,” Zaheer Ali stated. “The whole way he was crying out for us to stop.”

Eventually, the couple came upon a herd of about 50 wildebeest. The mother wildebeest immediately recognized and ran toward its baby, who in turn immediately began suckling for the milk it tried to obtain from motor vehicles.

You can watch the wildebeest’s harrowing journey in the video below:

When it comes to wildebeest, 50 is hardly a large group. When they migrate, wildebeests can number in the tens of thousands.

Still, it’s good news that this gnu was able to find its herd. 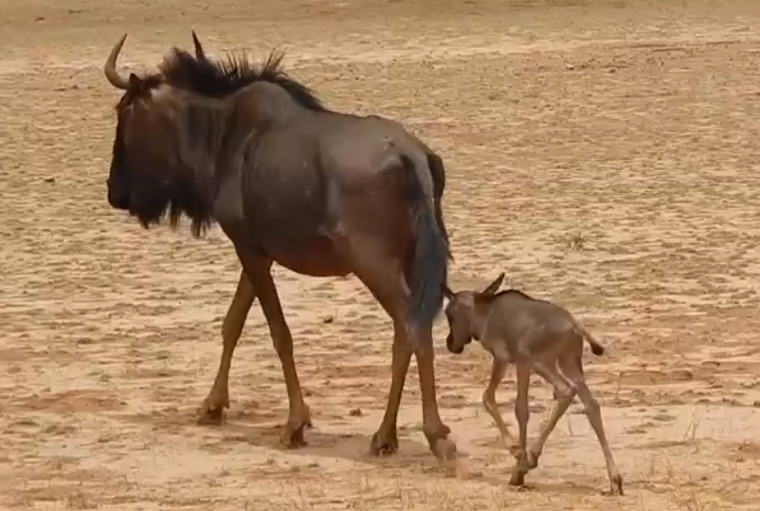 Mama wildebeest could probably benefit from one of those child leashes