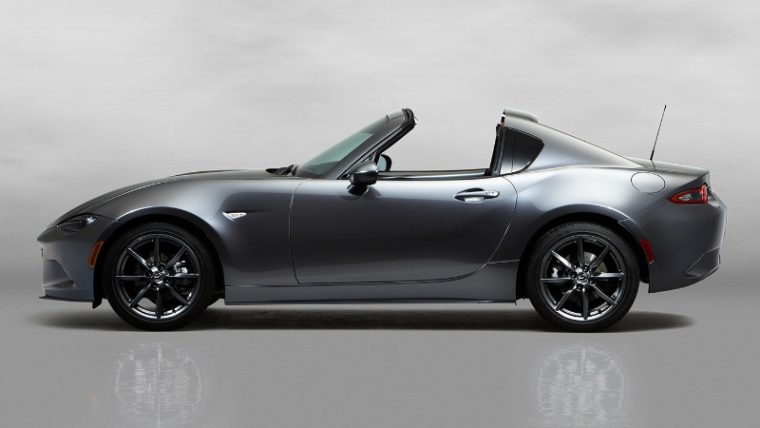 Back at the 2016 New York International Auto Show, Mazda unveiled its newest and proudest achievement: a hardtop version of its multi-award-winning MX-5 roadster, called the Mazda MX-5 RF, or Retractable Fastback. This turned out to be an extra-special night for Mazda, as the MX-5 also won World Car of the Year and World Car Design of the Year at the same time.

However, it seems that this was not enough pomp for Mazda’s release of the MX-5 RF, as the brand has announced that it will be selling the MX-5 RF Launch Edition, a special run of the roadster that will only sell 1,000 vehicles, with first dibs going to Mazda’s most loyal customers, who will be contacted by email. Those special people will have a window of time in which to preorder the Launch Edition MX-5 RF before it becomes available for the public to order.

Taking Care: Take care of your car better with these service tips

The Launch Edition cars will come with an exclusive color combination of Machine Gray Metallic exterior paint, Auburn interior Nappa leather, and a hand-painted black retractable roof panel. In addition, customers will receive a custom-made 42mm Tourneau watch to compliment the car. Other vehicle features are based on the MX-5 RF’s Grand Touring trim level, and the customer only has one choice to make: six-speed manual or six-speed automatic.

Specifics on the timing for the launch and the price of the Launch Edition have not been revealed yet, although they will be announced in the next few weeks.

Figure It Out Ahead of Time: Before the launch, know how much of a payment you can afford with this calculator