Behold, the Shapely Rear End of the 2017 GMC Acadia 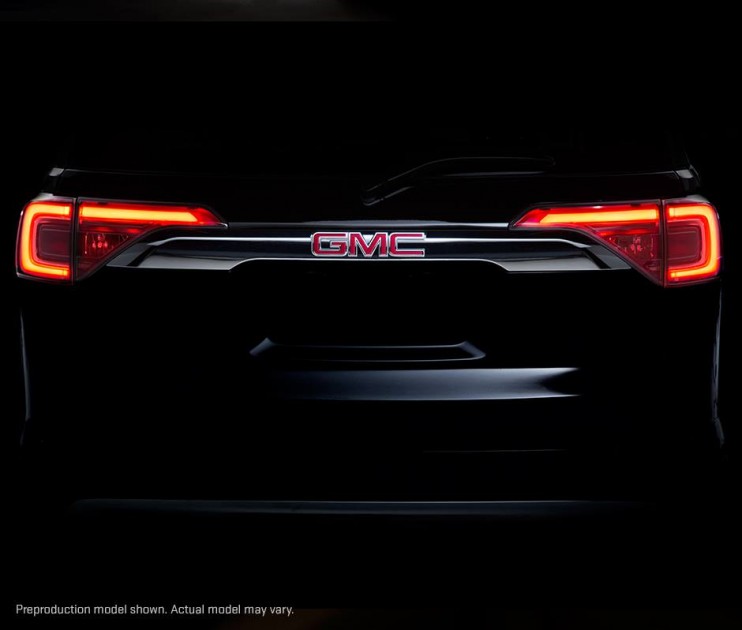 Today marks the kick-off of the 2016 North American International Auto Show, and on tomorrow’s press conference press docket is GMC. According to the brand’s Facebook page, we can expect to see the all-new 2017 GMC Acadia, which was teased with a shot of the new model’s hind quarters.

For your eyes only. Here is a sneak peek at the next generation of GMC. Take it all in. Coming Spring 2016.

GMC’s 2015 Success: Sales on the upswing

Teased as coming next spring, we are able to observe that the new Acadia has a pretty posh looking derriere that is much cleaner and more modern than its current counterpart. The 2016 GMC Acadia is still a first-generation model, as is the case with other GM crossovers built on the decade-old Lambda platform. It is expected that the new Acadia will be smaller in size, and it will likely be offered with more optional powertrains, perhaps including a turbo-four.

Aside from the image itself, the most notable aspect of the Facebook post is the quickness with which GMC Social Team member Francheska answered some pressing comments. While she did not confirm that this will be the new Acadia, she did confirm its presence tomorrow at NAIAS. You da real MVP, Francheska.

The current-gen GMC Acadia recently set a new full-year sales record, so the prospect of a sleeker next-gen model with all the expected amenities certainly suggests more of that same success in 2016.