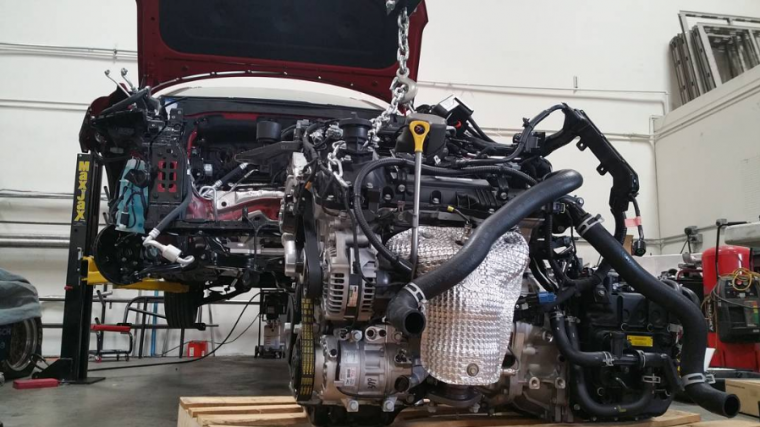 How will this Porsche 911 perform without its famous flat-6 motor?

Remember last month when it was announced that professional drifter Ryan Tuerck was planning to load a Ferrari V8 engine into a Toyota 86?

Well, we have a similar story to report, but this one comes with a twist, as Canadian tuning company Bisimoto Engineering recently shared plans to put a Hyundai V6 engine into a Porsche 911 sports car, which it’s scheduled to present at SEMA.

News Models: Find out whether it’s cheaper to buy or lease a 2017 Hyundai

This might sound like the worst news ever to diehard Porsche enthusiasts, but Bisimoto has a history of creating some of the most outrageous custom automobiles ever. For example, this Canadian company previously produced a 1,000-horsepower Honda Odyssey minivan, as well as an enhanced Hyundai Genesis coupe with similar horsepower.

AutoBlog was the first to break this story and also reported the engine being used for the project appears to be a Hyundai Lambda series V6. Furthermore, the engine seems to be a version that was used in a car with a transverse layout. That configuration should make it a simpler job for the mechanics who are swapping the engines.

If Bisimoto’s previous car transformations are any hint, it can be expected that this altered Porsche will be tuned to the max and will pack plenty of horsepower when it’s finally shown off at SEMA.

Bisimoto will be presenting a total of four projects at the 2016 SEMA Show, but the tuning company should have plenty of time to complete each of its builds since the event won’t take place until November 1st.

DIY Car Care: Check out these easy tips on how to properly buff and wax your car

Project #2 of 4: the #SEMA madness continues. This 2017MY #OEM project will be the craziest, most unorthodox build to ever grace the #Bisimoto stable. Stay tuned for magnificent updates.