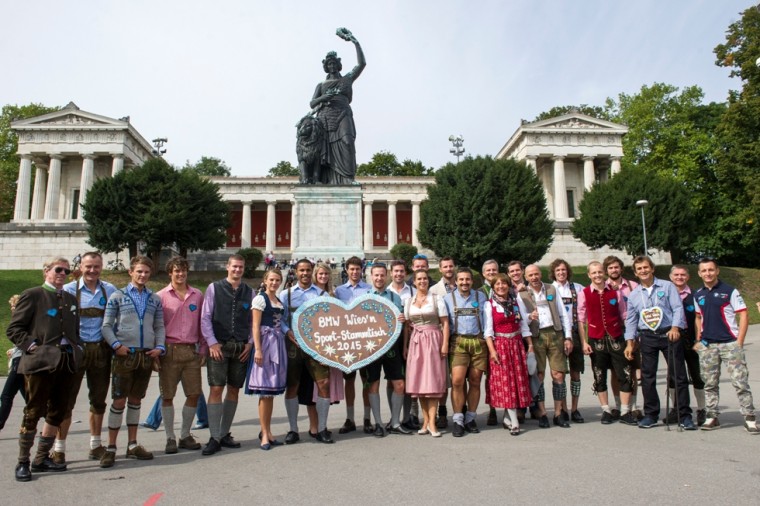 Munich’s Oktoberfest is legendary. It’s the world’s largest “volksfest,” and is held annually. Running from September to October, it’s a time full of good beer, food, and rides. The festival is also known for its community spirit, as everyone sits together at long tables instead of apart in separate groups.

BMW is headquartered in Munich, so it’s only natural that the company would want to join in on the fun.

The automaker uses the Oktoberfest backdrop to celebrate the current year’s accomplishments, and then the party continues with the rest of the city. It is called a “Stammtisch,” which in German means it is a regular, yet informal, meeting.

This year, BMW-sponsored athletes from racing, bobsledding, biathalon, and more came to the city to have a great weekend off together. 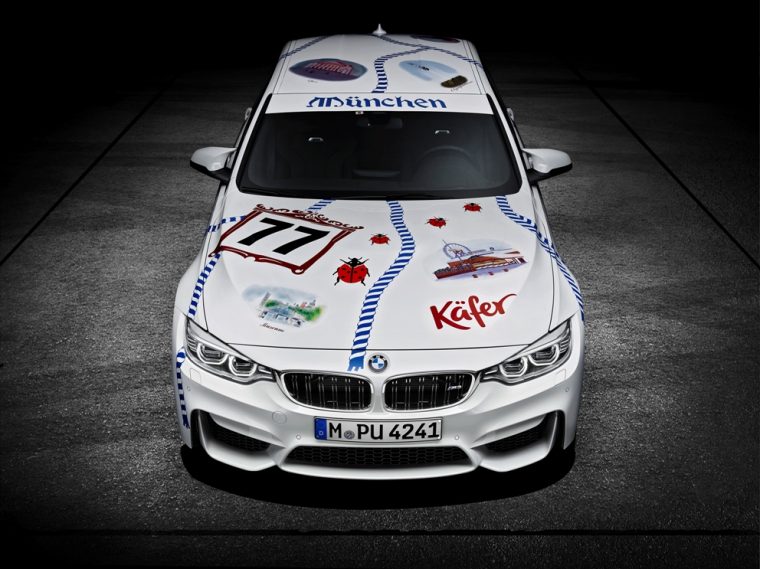 Besides the fun at Oktoberfest, BMW also revealed a special BMW M3 decorated in “Münchner Wirte” livery to celebrate the city of Munich and its Oktoberfest. All along the exterior are representations of various city landmarks, like the Olympic stadium, Frauenkirche church, and BMW’s building (of course). There is also a graphic of the beer tent and a famous Oktoberfest roast chestnut seller.

Talk about the perfect ride for such a legendary event!