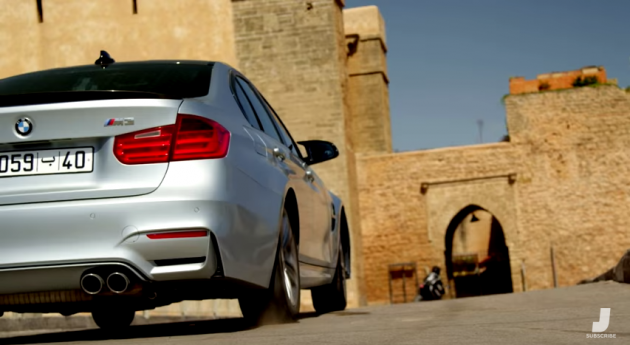 In March, we announced that BMW would partner with the latest installment in the Mission: Impossible franchise. Now Jalopnik has an exclusive look at the BMW M3 and Tom Cruise tearing up a movie set in the latest movie installment featuring spy Ethan Hunt. Check out the stunt work in Morocco below:

Let’s just all take a moment to appreciate the complicated stunts the BMW M3 is running through like a champ.

One of the first things you notice when watching the video is that Tom Cruise is behind the wheel. The star laughs at co-star Simon Pegg, who just looks nervous. The fact that the movie megastar is driving is made even more impressive when you think that every possible safely feature that usually prevents crashes has been disabled. The car needs to slide and sometimes crash, so airbags could possibly ruin a perfectly good shot.

The next big thing in this video is perhaps more about the absence of something: there are no green screens. All of the stunts are being performed by actual actors or stunt men in real BMWs. If you don’t believe us, check out this photo posted on the BMWBlog last October that features totaled BMW M3s being taken away from the set. 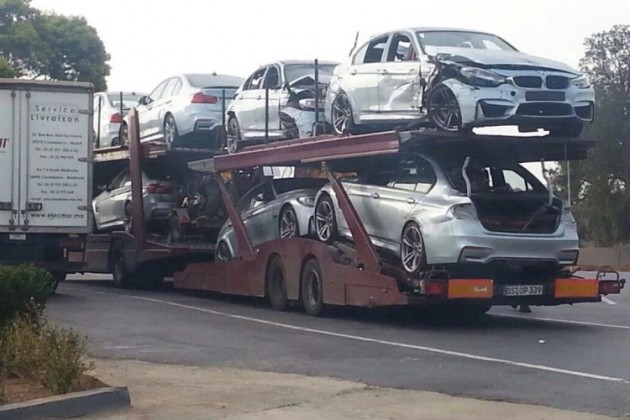 All of those poor, poor BMW M3s
Photo: BMWBlog

No green screen might mean more realistic stunts, which will be refreshing after recent car movies like Need for Speed. Mission: Impossible – Rogue Nation opens in theaters July 31st.