BMW is leaving the 3 Series in the dust and revamping with the brand new 4 Series. Specifically, they will discontinue the coupe version of the 3 series and focus on making the 4 Series coupe the new ultimate driving machine. Later, BMW will also introduce a convertible edition of the 4 Series at the Los Angeles Auto Show. 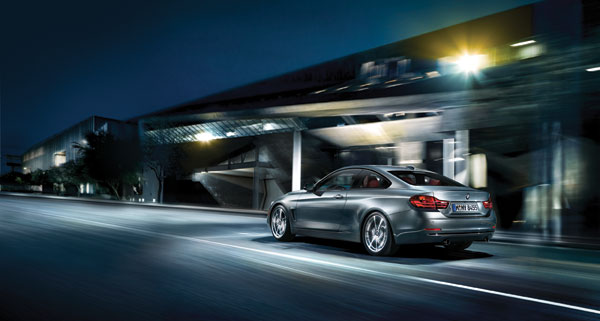 The 4 Series Coupe will continue BMW’s long run of excellence in power and performance. The 435i version will top out at 302 horsepower, driven by a 3.0 liter engine, while the 428i will achieve 240 horsepower with its 2.0 liter engine.

BMW understands that to stay on top of the luxury car segment, there’s no sitting back and relaxing. That’s why they’ve taken definite steps to improve features on the 4 series, working to make the 4 series the most comfortable, satisfying ride on the market. The 4 Series will be equipped with LED headlights and will sit lower to the ground than any other current BMW model. On the inside, it will come with BMW’s latest iteration of iDrive, a highly advanced multimedia system allowing drivers to interact with their cars through the use of a touchpad.

Related: BMW Looking to Add Larger Crossover to the Lineup by 2017

Overall, the BMW 4 Series has critics and luxury car lovers alike excited. It only improves on an already excellent product, and it can’t seem to hit dealers fast enough.