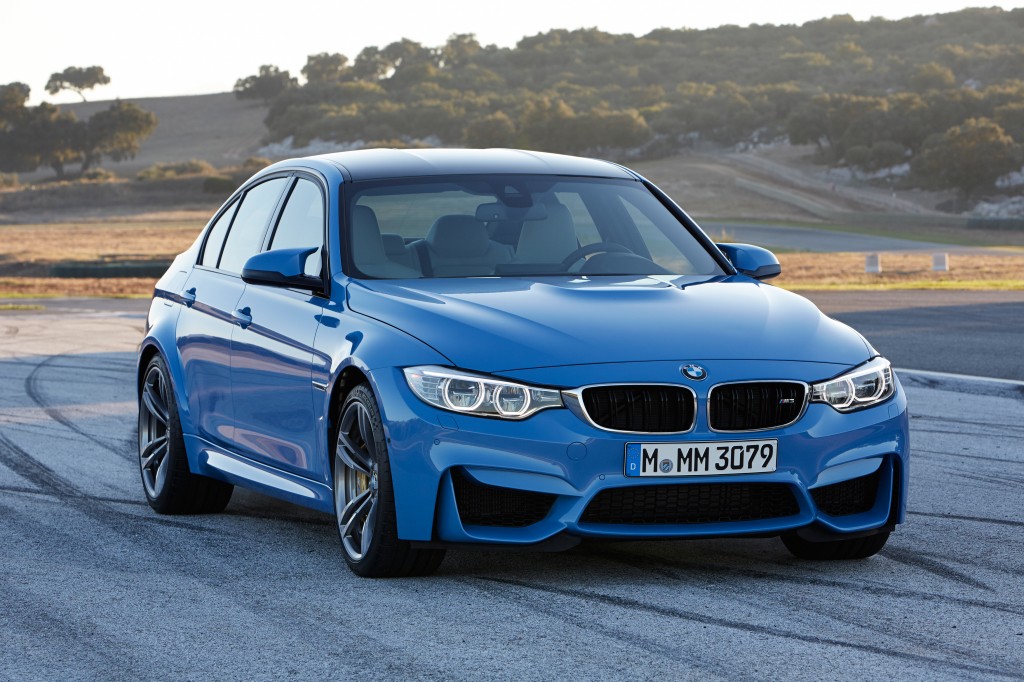 The BMW M3 Sedan was unveiled just a week ago and will make its official debut at the 2014 North American International Auto Show this January in Detroit. BMW has touted the M3 Sedan (and its sister car, the M4 Coupe) as lighter and fitter, meaning that while it has improved in ferocity, it has also improved in efficiency.

Can’t make it out to Detroit to see the BMW M3 Sedan in the flesh? No worries–we’ve got a whole album of BMW M3 Sedan photos for you to feast your eyes on (and just in time for Christmas, too). Enjoy!

The front wheel of the BMW M3 Sedan

A front view of the BMW M3 Sedan