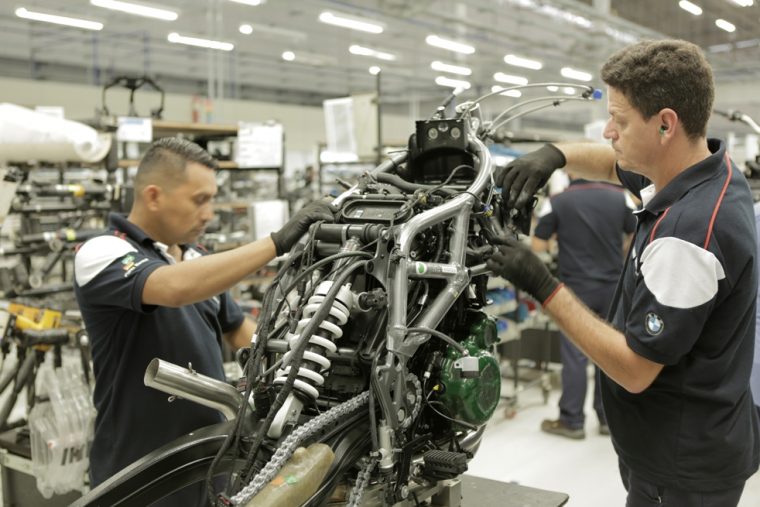 South America is becoming a big player in the automotive world, with several companies having plants there to meet demand for vehicles. The latest brand to start building there is BMW’s motorcycle brand, BMW Motorrad, which is starting production at the BMW Group plant in Manaus, Brazil. The building of BMW motorcycles in Brazil is significant because this is the first time a plant outside of Germany has been built to solely assemble BMW Motorrad products.

Go For An SUV Instead: New BMW X1 Ads Launch in America

According to the automaker, this plant in Brazil will be able to build 10,000 motorcycles a year, and will work with more than 45 local suppliers. As of publication, the plant already employs 175 people to work with the bikes, and as production grows so should that number.

Better Than Ever: 2011 BMW 3 Series One of 10 Best Certified Pre-Owned Luxury Cars

“BMW Motorrad is expanding its motorcycle production globally to achieve sustainable business growth. Brazil remains an important market for this strategy and we see great potential in this country over the mid and long term. This is why we have decided to construct our first plant outside of Germany for exclusive motorcycle production in Manaus,” explained Stephan Schaller, President of BMW Motorrad.

We shall see how many models this plant ends up taking on in total, and if production meets expectations. With products like BMW Motorrad bikes, we’re sure finding riders will be no problem.