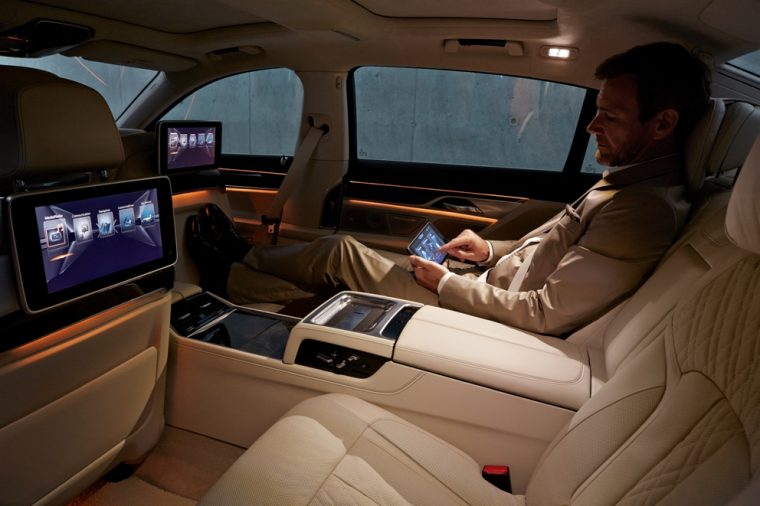 Earlier this month, BMW was proud to lend its assistance to Frieze New York Art Fair,  considered one of the most important contemporary art fairs in the country. The event focused on modern art, and the automaker focused on supporting the experimental sound installation portion, called Frieze Sounds. This was the fifth year that BMW has partnered with Frieze New York, and the automaker provided the BMW 7 Series lounge, as well as BMW 7 Series VIP shuttle service.

The all-new BMW 7 Series is the ideal BMW vehicle to pair with Frieze Sounds, as it represents the peak of luxury in the BMW lineup. The car is the perfect car to drive or be driven in, and important festival guests will get to experience it and consider it for their own car fleets. During the course of the festival on Manhattan’s Randall’s Island from May 5th-8th, the BMW 7 Series lounge also allowed festival attendees to have a comfortable place to experience the sounds of the festival, in addition to the main lounge in the Frieze Reading Room.

In addition to the NYC festival, BMW also sponsored two separate sessions in the Art + Design Series at Frieze. Illustrator Nicholas Blechman and Google Design NY’s Rob Giampietro led a discussion on the changing field of graphic design. Later in May, Laurenze Schaffer and Sir Russell Coutts talked about the influence design has on overall performance.

BMW’s involvement with Frieze Sounds is part of its overall commitment to the arts. Recently, the automaker has sponsored art events in Hong Kong, Berlin, London and Miami, just to name a few locations. Keep your eyes peeled for more BMW art events popping up around the world.