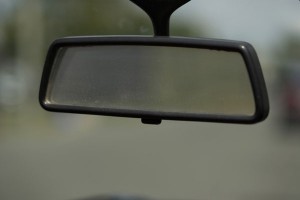 BMW Team RLL looks to leave the competition behind them during the upcoming Petit Le Mans Race.

At the 16th annual Petit Le Mans Race, BMW Team RLL will be in contention for two significant championships: Dirk Müller will pilot his No. 56 BMW Z4 GTE with John Edwards and Uwe Alzen for both the GT Driver’s championship and the Michelin Green X Challenge Trophy.

The BMW Z4 GTE has enjoyed a great deal of success in its inaugural season, with the No. 56 car winning at Lime Rock Park and the No. 55 Z4 (driven by Bill Auberlen, Maxime Martin, and Jörg Müller) taking first at Long Beach.  Combined, BMW Team RLL has also taken four additional podiums, four pole positions, and eight top-5 finishes.

Qualifying for Petit Le Mans will begin at 1:50 p.m. ET on Friday, October 18 and the race will follow that Saturday at 11:30 a.m.  Both events can be found streaming live on EPSN3.com.  Müller sits only 16 points back in the American Le Mans Series GT series, just behind Antonio Garcia and Jan Magnussen.

Additionally, the No. 56 car will be in the running for the Michelin Green X Challenge Trophy, which is awarded to the cleanest, fastest, and most efficient car in its class.

“This is going to be a very special race. The last race of the season and the final one for the ALMS is around the corner and we are still fighting for the championship,” said Müller in BMW’s press release.  “The 1000 miles of Petit Le Mans are very demanding and as a team, we are really focused and willing to fight for a win. I am pleased to have John (Edwards) and Uwe (Alzen) back in the 56 car. I wish BMW and Joey good luck in Hockenheim at the DTM finale.”

Brought to you by Newbold BMW St. Louis, MO