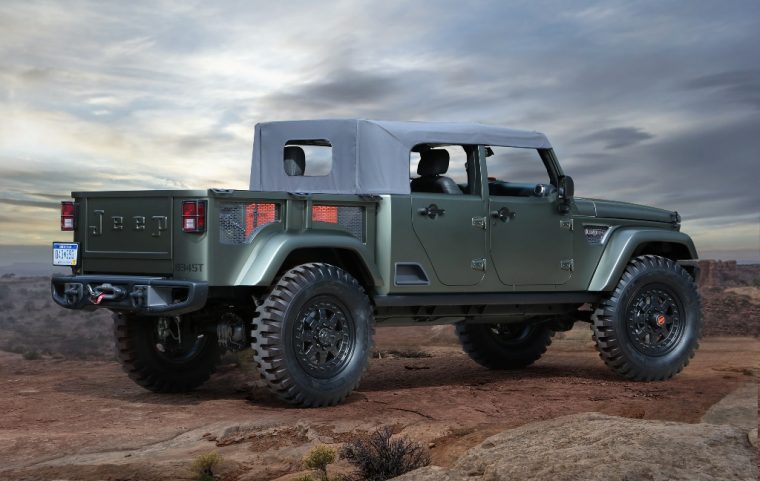 The fact that Jeep is producing a Jeep Wrangler pickup truck might be one of the worst kept secrets in the industry. There have been several indications of the rugged American carmaker’s plan, including spy shots of a Wrangler pickup in testing. Now, we pretty much have confirmation that the pickup truck is a go—and a possible glimpse of it, too.

Talk about stopping the industry in its tracks.

The Pickup’s Base: Learn more about the 2016 Jeep Wrangler

He goes on to say, “It allows us to try new things, be they good, bad, or indifferent. We put out some head scratchers, some things that help the product plan, and it also allows us to play with ‘forbidden fruit,’ like export diesel cars that we can’t get here [in the US].”

But, because of Jeep’s recent five-year plan, which adds a multitude of new models to the brand’s lineup, the Safari concept model lineup is more than about testing than it is about being creative.

“We’ve hidden some hints about what’s going on behind the scenes, right in front of you,” said Allen.

Want to be Batman? Find out more about Batman’s Jeep Renegade Dawn of Justice

The most important tidbit of information to garner from this interview, though, was this:

“We’re finally going to get to do a pickup truck. I can’t explain too much, but there may be things you see on the Crew Chief that you might see on that truck.”

Let’s take a look at the Crew Chief. 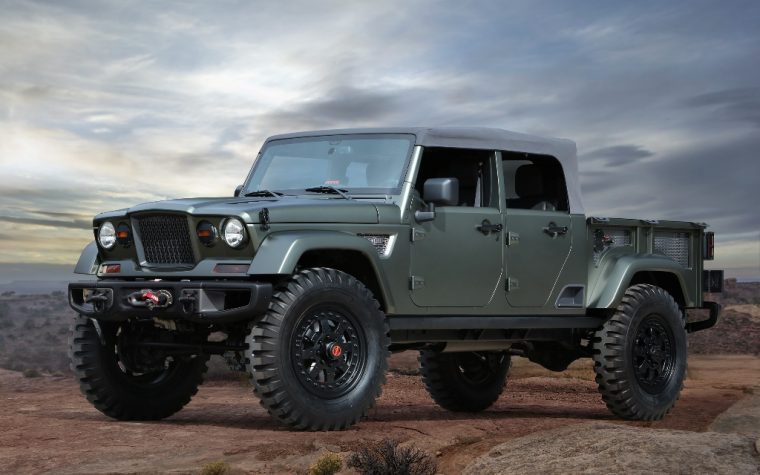 It looks like the Wrangler pickup is likely to have a crew cab, since Allen mentioned that “[Jeep has] never done a crew cab pickup before. Hint, hint.” I mean, the “hint, hint” bit alone is enough confirmation. It also looks like it won’t have the stamped tailgate logo. According to Allen, “They’re just fraught with quality issues. You end up throwing away a lot of tailgates to get it right. That doesn’t mean there won’t be something back there, but it won’t be stamped in.”

So, crew cab? Check. Some sort of logo on the back? Check. A badass Jeep Wrangler pickup truck? Yup. It’s a-comin’ folks. Gird your loins.