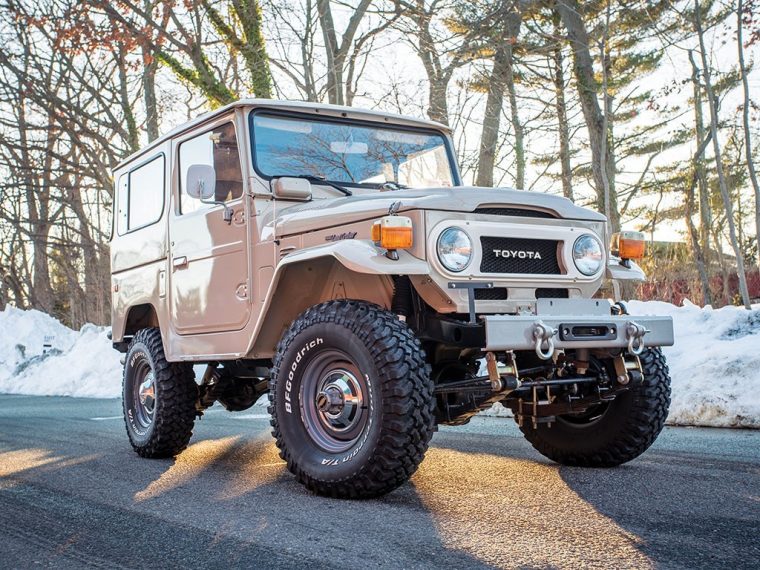 You might think that the army is all about Jeeps, and if you were thinking about post-WWII America, you might be right. The world is a lot different today though, and in Britain the vehicle of choice for fighting ISIS in the Middle East turns out to be the Toyota Land Cruiser—custom-fitted with heavy machine guns, sniper rifles, and anti-tank missiles, of course.

British operators were spotted guarding a New Syrian Army base in Al-Tanaf near the border to Iraq, which was recently attacked by ISIS. The BBC’s Middle East correspondent Quentin Sommerville got a glimpse of England’s new Al-Thalab long-range patrol vehicle based on the Land Cruiser.

The Al-Thalab can seat four operators and even accommodate two stretchers if needed. It is designed for border patrol, which means long-range surveillance, recon, and the ability to withstand harsh terrain and extremely hot temperatures for extended periods of time.

Thanks to its 3,400-pound payload, the Land Cruiser can carry enough ammunition, weapons, food, water, and fuel to maintain a 10-day patrol, though perhaps the main appeal of using a Land Cruiser as the platform for the Al-Thalab is the sheer popularity of Toyota Land Cruiser SUVs and Hilux pickup trucks in the region, which guarantees that there are plenty of spare parts around to repair any potential damage.

This is the first time British forces have been photographed operating in Syria and they are supposedly there in a “defensive role.” As the BBC surmises, the Land Cruiser-based Al-Thalab certainly looks capable of putting up a fight, but only time will tell if the British presence can make a difference.