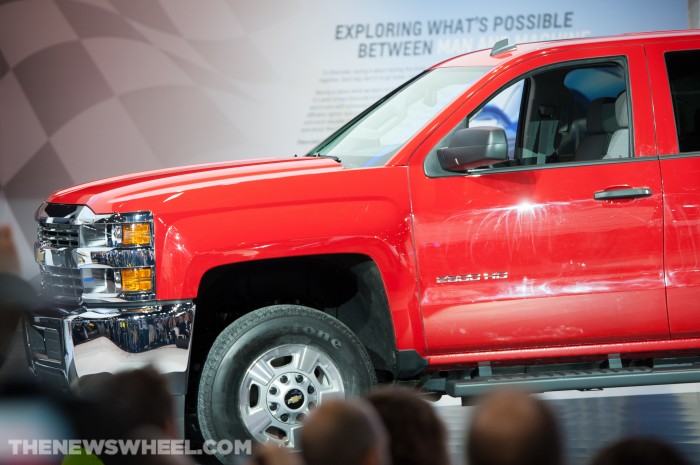 Chevrolet and GMC have announced how much it will cost to convert their vehicles to run on compressed natural gas (CNG). CNG pricing options for the 2015 Chevy Silverado and GMC Sierra 2500HD and 3500HD will start at $9,500, while the 2015 Chevy Express and GMC Savana cargo and passenger vans can be converted starting at $10,825 for a three-tank system and $12,090 for a four-tank system.

“Based on current average fuel prices, CNG is more than a dollar cheaper than an equivalent gallon of gasoline, giving drivers and businesses an incentive to use CNG to power their vehicles,” said Ed Peper, U.S. vice president, General Motors Fleet and Commercial, in a press release. “Given the consistent cost savings and expanding infrastructure, both commercial and individual interest in CNG vehicles continues to grow.”

According to GM, the bi-fuel CNG option will only be available on single-rear-wheel Silverado and Sierra Heavy Duty models. The Express and Savana will have fully dedicated CNG fuel systems in three-tank design for passenger models and three- or four-tank design for cargo models.

All models fitted with CNG systems will be covered by a five-year/100,000 mile limited powertrain warranty.