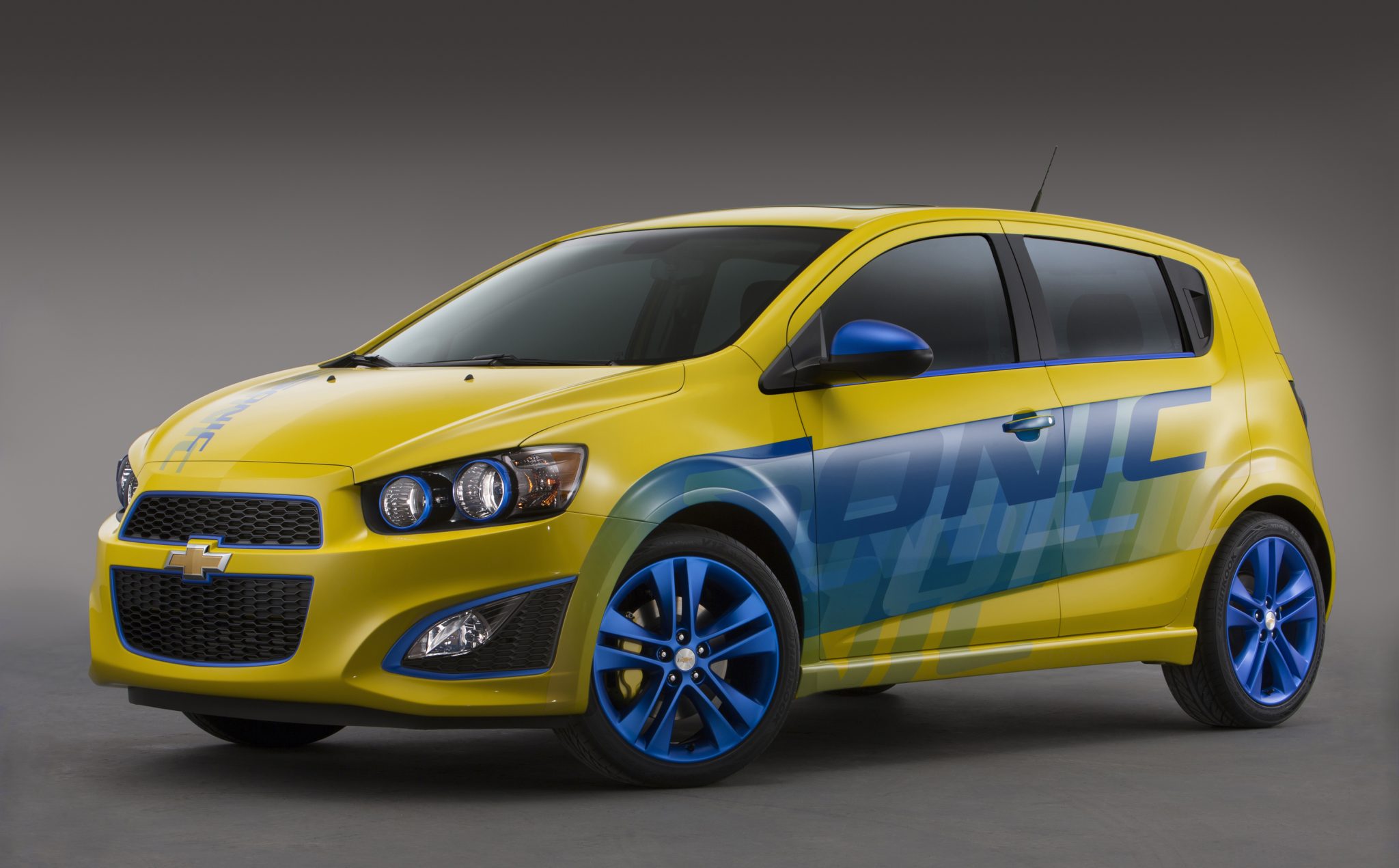 We didn’t think it was possible for Chevy to make the Sonic RS more appealing—we were wrong. The Performance Sonic RS concept for the SEMA show takes the compact car to the next level, drawing on Chevy’s high-performance vehicle legacy in a modern way. With upgraded engine performance, suspension and brakes, along with an overhaul in appearance, the newest Sonic RS concept will turn heads at its premiere.

The concept will feature a Stage Kit, which will increase the power production of the 1.4-liter turbo engine significantly, making the feisty car even more so. Along with the engine enhancement will be a suspension system and brake kit tuned for a track-ready performance. One of the most jaw-dropping changes though is the Sonic RS concept’s appearance. With a bright Lemon Peel Yellow exterior, blue graphics, and tinted trims, headlamp rings and mirror caps, the concept is sure to catch some attention at the busy SEMA show.

What do you think of the Performance Sonic RS concept? Tell us your thoughts below!