Meanwhile, the Chevy Silverado and GMC Sierra are the most-driven pickups 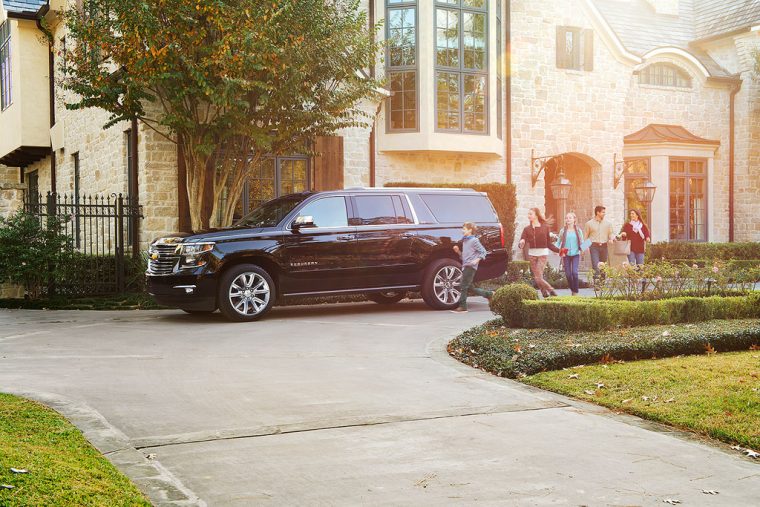 A recent study makes this very clear: Chevrolet and GMC buyers aren’t just letting their vehicles languish in the garage.

The car search site iSeeCars.com researched which vehicles racked up the highest average annual mileage over 10 years. Four of the top 10 vehicles were Chevy or GMC models, with the Chevy Suburban, the GMC Yukon XL, and the Chevy Tahoe topping the list (their GM luxury sibling, the Cadillac Escalade ESV, also made an appearance).

Ready for a New One? Here’s a look at what the 2018 Chevy Suburban has to offer 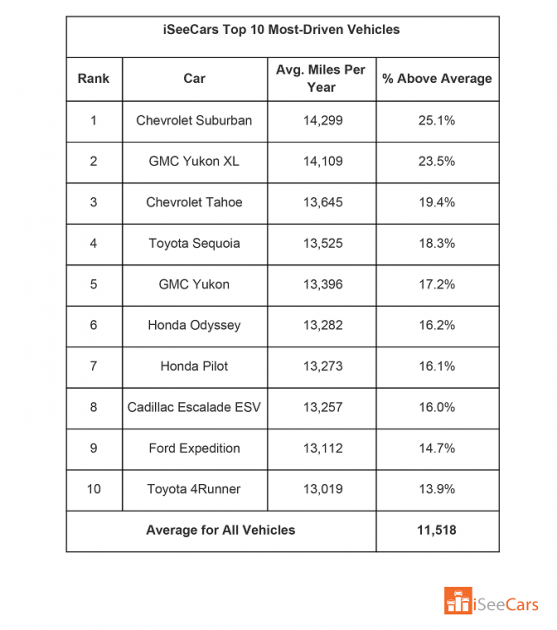 Why are drivers putting all those miles on Suburbans and Yukons? Built on the same platform, these two full-size SUVs can carry up to nine people and plenty of cargo. That makes them popular for hauling families, and they’re frequently used as fleet and livery vehicles as well.

While SUVs dominated the overall top 10, iSeeCars.com also tracked average mileage for other vehicle segments. The Chevy Malibu and Impala made the top 10 for passenger cars. Meanwhile, the Chevy Silverado 1500 and GMC Sierra 1500 headed up the pickup truck list.

The study also tracked least-driven vehicles, and by the way, that list was also topped by a Chevy. Not surprising, as Corvette convertible owners aren’t likely to use their cars for everyday commuting — and certainly not for family hauling.