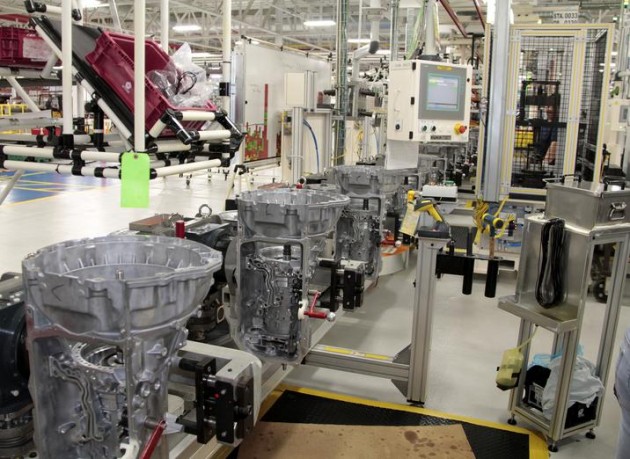 Last week, the Chrysler Group Kokomo Transmission plant was awarded bronze status for the steps it has taken—and the results it has produced by taking those steps—toward World Class Manufacturing. This is the eighth Chrysler Group facility in North America to receive this distinction, and the first transmission plant for the company.

Kokomo Transmission (often referred to as KTP) implemented the World Class Manufacturing standards just over four years ago. The bronze distinction was determined during a two-day audit that ran from December 4th to December 5th.

“KTP has gone through significant change since 2009 as it prepared to launch production of the all-new eight- and nine-speed transmissions. Through it all, the KTP employees remained focused on implementing World Class Manufacturing and have been acknowledged for those efforts today with the awarding of bronze,” said Brian Harlow, the Vice President and Head of NAFTA Manufacturing with Chrysler Group. “We are proud of the commitment demonstrated by our employees and the support received from the UAW, which has been critical in making Chrysler Group’s manufacturing facilities among the best in the world.”

The transmission plant now produces the new eight- and nine-speed transmissions that are highly regarded for their fuel efficiency.