Chrysler Group Named Minority Supplier Company of the Year for 2014

The National Minority Supplier Development Council (NMSDC) recently named Chrysler Group the minority supplier Company of the Year for 2014. This award signifies Chrysler Group’s continued effort to reach out to minority-owned suppliers and extend opportunities to them to expand their businesses. The award was officially announced at a ceremony in Orlando, Florida, on November 5th. 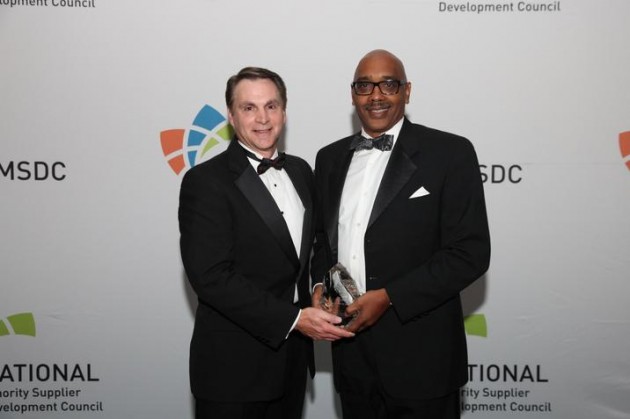 Chrysler Group is no stranger to working with minority suppliers. Since 1983, the company has spent more than $52 billion on supplies from minority-owned businesses. Given Chrysler’s continued product excellence, it’s a strategy that seems to work.

“Chrysler Group is committed to creating a diverse and sustainable supply base through innovative programs that create new business opportunities for minority suppliers such as Matchmaker and High Focus,” said Tom Finelli, Vice President, Purchasing and Supplier Quality at Chrysler Group. “Our commitment to diversity is deeply rooted and fully engages the entire team, including our extended enterprise partners.  This enables us to better understand and satisfy — perhaps even to better anticipate — the tastes and needs of diverse customers and communities.”

In the News: Chrysler CEO Sergio Marchionne to Step Down in 2018

Chrysler Group also established the High Focus Program in 2011 to equip minority suppliers with the tools they need to reach their goals.