Because why should GM have all the fun? 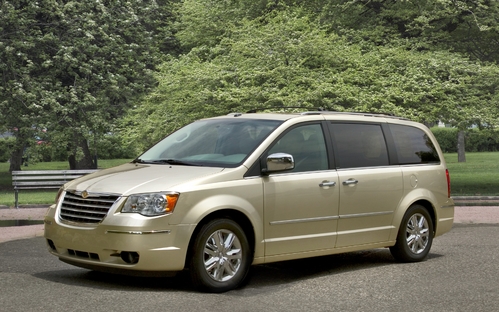 A 2010 Chrysler Town & Country minivan, one of the vehicles under investigation

According to NHTSA, these two investigations “are an outcome of NHTSA’s communication with automotive manufacturers and suppliers regarding airbag design and performance related to the position of the vehicle ignition switch.” Reportedly, Chrysler Group is prepared to “cooperate fully with the investigation,” but is currently waiting on more information from NHTSA.

The first probe is into about 525,000 Jeep Commanders (2006 – 2007) and Jeep Grand Cherokees (2005 – 2006). For these, a driver’s knee could bump the ignition and move it out of “run.” The second and larger probe deals with about 700,000 Dodge Journeys, Dodge Grand Caravans, and Chrysler Town and Country minivans from 2008 – 2010. In these, the spring in the ignition switch can possible pop the switch back beyond “run” and “accessory,” putting the vehicle in a dangerous position in which the engine can easily shut off.

You might be saying, “But wait, I drive a 2010 model that was already recalled for this issue, and it was fixed.” Welp, you’re SOL because that fix didn’t actually fix it, according to NHTSA. You’re going to have to go back and have it fixed again. Only hopefully this time, it works.

At this point, it sounds like no one is safe on the roads. So when do you think they’ll have that whole teleportation thing figured out? Because I’ve got a vacation planned for July and I’d like to get there in one piece. Please and thanks.