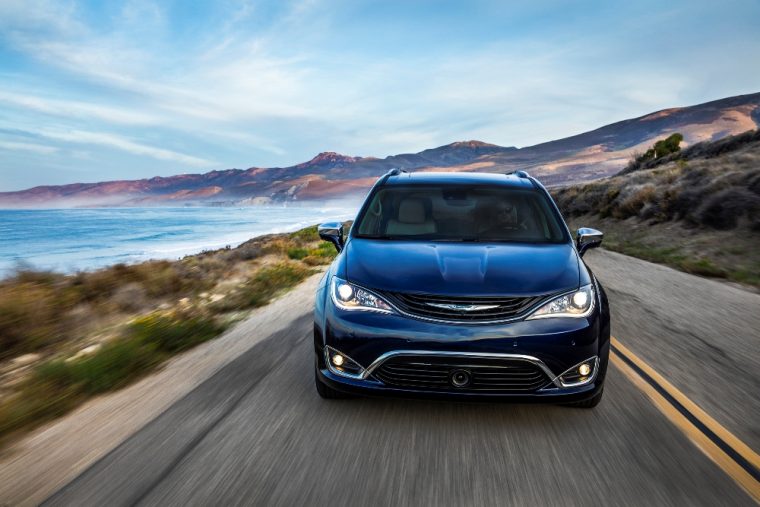 Today Chrysler proudly announced that the all-new 2017 Pacifica has just become the sole minivan to achieve a 2017 Top Safety Pick+ rating from the Insurance Institute for Highway Safety (IIHS).

This marks the second consecutive Top Safety Pick+ award for the Pacifica, which also earned the designation in 2016. It also pairs nicely with the five-star overall safety rating that the Pacifica earned earlier from the National Highway Traffic Safety Administration (NHTSA).

Car Shopping? Know how much your payments will be

“With more than 100 available safety and security features, everything from Forward Collision Warning to a 360-degree Surround View Camera to the ability to parallel park itself, the all-new 2017 Chrysler Pacifica is designed and built to check the box on key attributes many families value above all others – safety and security,” said Tim Kuniskis, the Head of Passenger Car Brands for FCA North America. “Pacifica is the only minivan to earn the IIHS Top Safety Pick+ rating for 2017, further solidifying its place as the leader in the segment.”

To receive Top Safety Pick+ status, a vehicle must earn the highest-possible ratings of “good” in five IIHS crashworthiness evaluations. The Chrysler Pacifica was judged “good” in every category, including side impact with a large SUV or pickup truck, a moderate-offset frontal impact, a small-offset frontal impact, a roof-deformation consistent with a rollover, and a rear collision capable of inducing whiplash.

The Pacifica’s 2017 Top Safety Pick+ award is just the latest in a long line of more than two dozen honors that the minivan has picked up, thus far. The Pacifica has been named one of 2017’s best vehicles by numerous automotive outlets, including Cars.com, the Automotive Journalists Association of Canada, Car and Driver, Kelley Blue Book, and more.

The Future is Now: Why not take a virtual test drive?