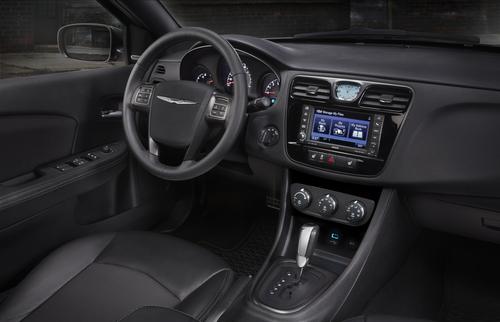 Competition in the class of midsized sedans is brutal, and success there generally indicates success for an automaker as a whole.  No one knows this harsh reality more than Chrysler, whose 200 model is currently outsold in the segment by more than 2-to-1 by the Ford Fusion, Toyota Camry and Honda Accord.

For years, Chrysler has been able to stay relevant in the midsize sedan class by offering vehicles like the Dodge Avenger at a lower price, but concerns about quality have caused the car maker difficulty in reaching the top of the class. That is a trend the Chrysler plans end by unveiling the next-generation of the Chrysler 200.

“We had to tackle the issues we’ve had,” said Saad Chehab, Chrysler Brand President and CEO. “We feel we have made the progress so far and now we have the opportunity to propel into the future with the new 200.”

It appears that Chrysler has captured lightning in a bottle with the all-new Chrysler 200, or at least that was the reaction when it was unveiled at a recent meeting in Las Vegas, as the 200 was the only model to receive a standing ovation.

“The new 200 is a complete home run,” said Chrysler dealer, David Kelleher. “It’s got that strength of a very, very expensive European sedan like a Mercedes, but it’s definitively American.”

Stay tuned to The News Wheel for more updates on the redesigned Chrysler 200.

Brought to you by Perry Chrysler Dodge Jeep Ram in National City, CA.