Chrysler Responds to Reports of Vipers Being Destroyed 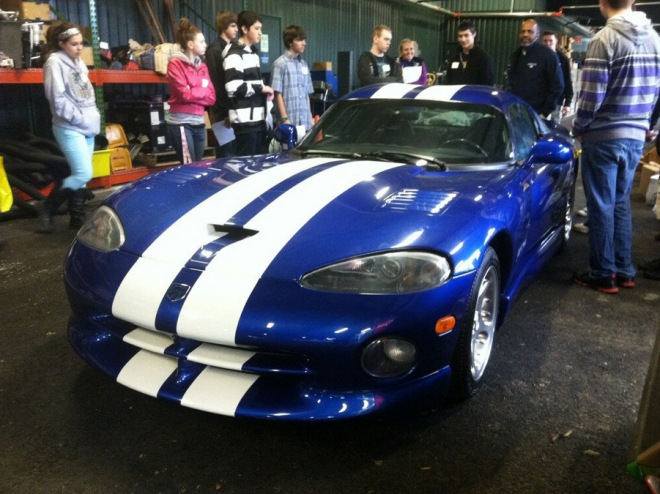 Very recently, Chrysler ordered the destruction of several Vipers used for educational purposes at various trade schools. It is typical practice for automakers to donate cars to be used to educate automotive students across the country and for those cars to eventually be destroyed; however, this marks the first time that an automaker has ordered their destruction—and so early. Normally, faculty at the schools make the decision to destroy the cars themselves after their use has been exhausted, but that is typically much longer than a decade after the initial donation.

After news reports of the Vipers being destroyed went viral, the brand issued a response:

“Approximately 10 years ago, Chrysler Group donated a number of Dodge Viper vehicles to various trade schools for educational purposes. As part of the donation process, it is standard procedure — and stipulated in our agreements — that whenever vehicles are donated to institutions for education purposes that they are to be destroyed when they are no longer needed for their intended educational purposes,” explained the response in the brand’s press release. It went on, “With advancements in automotive technology over the past decade, it is unlikely that these vehicles offer any educational value to students. Chrysler Group fully understands and appreciates the historical significance of the Viper and is very active in preserving many of its legendary models and designs for historic purposes; however, none of these vehicles fit into this category.”

Just how many Vipers are being destroyed is unknown. Reports have circulated that 93 Vipers have been ordered destroyed, but Chrysler reported to CNNMoney that the number is actually lower.

What do you think about the Dodge Vipers being destroyed? Have they likely exhausted their educational value? Or is the destruction unnecessary, wasteful even? Let us know your thoughts in the comments below.