Did the Police Controversy Cause Toyota to Pull Its Prius Car Chase Ads from the Air? 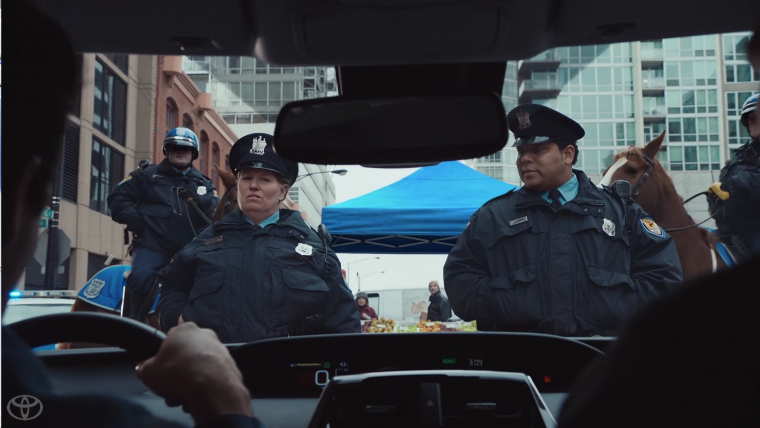 If you watched the Super Bowl in February or have turned on the TV any time since, you’ve probably seen Toyota’s self-deprecating ad for the new Prius titled “The Longest Chase.” It features four bank robbers who, after someone snatches their getaway car, hop inside a new 2016 Toyota Prius to get away from the police. Surprisingly, the Prius performs far better than anyone expects and the “Prius 4” robbers become something of a national phenomenon.

It’s a whimsical ad that pokes fun at the Prius’ reputation for being a bit of a bore and thus, the last car you’d normally want to have when escaping the police. The sportier 2016 model is supposed to change that—but even though it has yet to be around for more than a few months, Toyota is already pulling the ad from the air, supposedly because of its political nature in relation to the current police activity.

According to an inside source at Toyota, the automaker removed all airings of the spot on both broadcast and digital pre-roll yesterday, along with the other Prius car chase commercials—“Phenomenon” and “Hunters”—and the “Presidential Commute” ad for the Camry, which features a Camry driver who goes to work with a presidential escort.

Toyota is also requesting that all of its TMS and USA business partners discontinue any use of the content, so it’s possible the commercials may soon be removed from YouTube and other media sites.

The rationale behind pulling the ads is perhaps reasonable—Toyota likely doesn’t want to stoke the fire or appear to take sides on the current issue of police brutality—but at the same time seems unnecessary. The ads are good-natured and innocent, and it would be hard to imagine someone watching them and then immediately go on a rant about police discrimination.

I reached out to Toyota but they declined to comment. Why do you think Toyota is deciding to stop showing the ads?

Enjoy it while you still can.