Did Toyota Jan Have Her Baby? 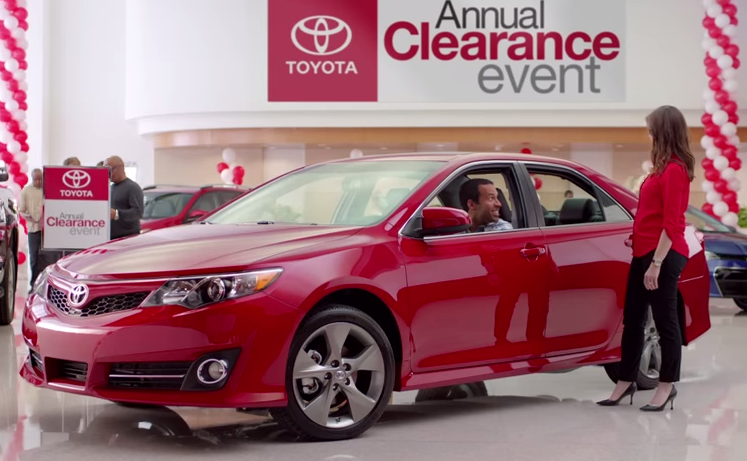 A decidedly un-pregnant Toyota Jan in her latest commercial

Back in May, we covered the story that Toyota had written actress Laurel Coppock’s pregnancy into her character Jan’s storyline so it could continue with the Toyota Jan commercials. Quickly, the TV-watching internet began demanding more information, using search terms like, “is Toyota Jan pregnant?” and plain ol’ “Toyota Jan.” But in recent weeks, those searches have changed to “Did Toyota Jan have her baby?” as some new, bump-free commercials of the woman herself surfaced last week.

The first commercial, titled, “That Was Fast,” and features Jan receiving numerous calls from customers wanting more information on Toyota’s Annual Clearance Event. Although she remains seated for almost the entire commercial, there’s a moment at the end where she stands to reveal a very un-pregnant belly (and a very flat one, for someone who just had a baby).

The second commercial, “Science Project,” shows Jan helping a man and his son looking for a Tundra to tow a science project, which presumably is a space shuttle like the one pulled by a Tundra back in 2012. No standing here, but Jan definitely appears to be bump-free.

Prior to these two new Toyota Jan commercials, the last ones we could find featuring the actress were from a Toyota Service Center campaign around four months ago. In these commercials, Jan is sitting down and we don’t catch even a tiny glimpse of her midsection, so it’s entirely possible she’d had her baby by that point, too.

So, in answer to the question, “Did Toyota Jan have her baby?” we have to speculate that yes, she did! Beyond that, we can only guess to the sex and name of the child (our money’s still on Camry because why not?) as well as the well-being of the mother. We wish Toyota Jan and her baby all the luck in the world—and who knows, Toyota might already be lining up mini-Jan to star in commercials of his or her own!