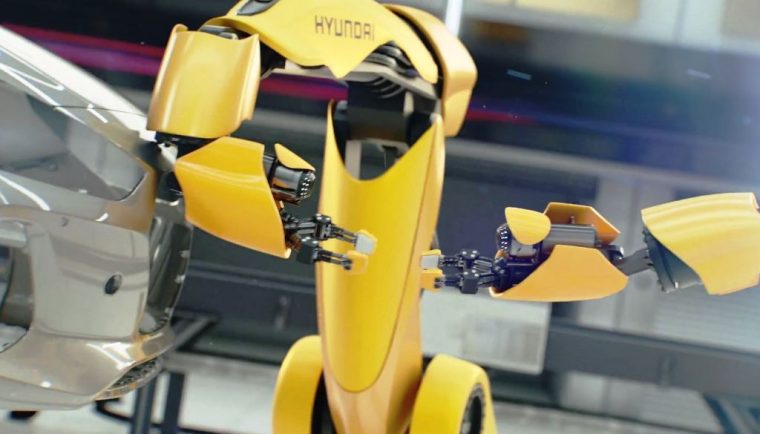 Robots can learn how to love, but they can’t lean how to share

Wall-E and EVE… David and the Blue Fairy… R2-D2 and C-3PO… robot relationships are complicated. Emotions in robots–just like in humans–can be messy. But they make for great commercials.

To advertise the all-new Hyundai i30 in Europe, the automaker has created a 60-second video called “Hearts of Steel.” And it turns the automotive factory line upside-down.

Duel of the AIs: Robots Forsake the “Bros Before Hyundais” Rule

The scene takes place in a dimly-lit yet spotlessly clean room of a production plant in Nošovice, a small village in the Czech Republic where Hyundai actually has a facility.

Two yellow, redundant-type industrial robots are dispassionately assembling Hyundai parts when the door opens and the frame of the new Hyundai i30 appears. Overcome by attraction, one of the ‘bots places its face-like arm onto the i30’s hood, then lashes out at the other machine when it comes too close. 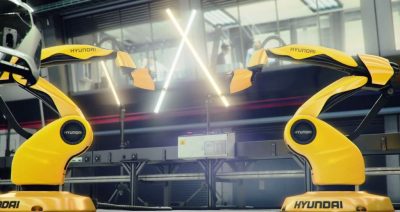 Notice how the supervisors on duty don’t even notice. Either this is a normal occurrence or typical oblivious management.

Overwhelmed with emotion and unwilling to share, the robots become locked in a fight that escalates into a lightsaber-like duel using fluorescent tube light bulbs. As the cinematic music escalates and the rivals cross blades–resulting in the glass shattering and the i30 leaving the room. Both ‘bots are disheartened…until another i30 enters the room.

The clever ad spotlights the i30’s 53.5% ultra high strength reinforced steel frame, a leading feature in the redesigned i30. Using a combination of hi-definition computer animation and dynamic camera angles, the 60-second video sells its story with drama and intrigue.

You won’t see it air on television here in the United States, but it’s worth checking out online to see how creative international advertising is. Heck, it’s a lot more entertaining than that new Transformers sequel will be…