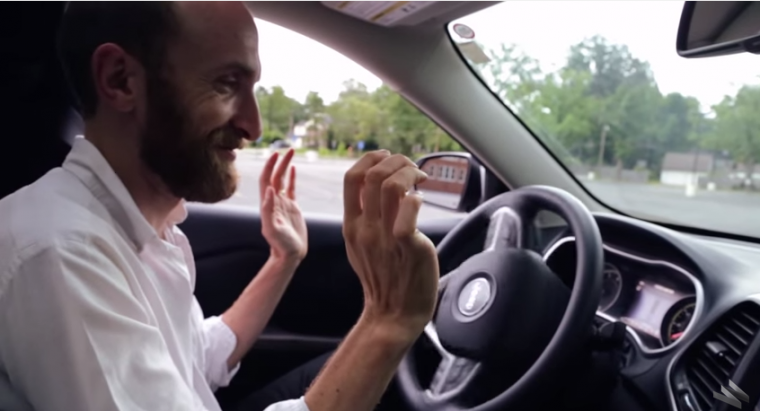 Car hackers like Charlie Miller and Chris Valasek, who hacked a Jeep from miles away, are becoming more prolific and can now unlock vehicles with keyless entry
Photo: YouTube

The automotive industry is morphing into a wonderful world of innovative technologies, but there is one major flaw that we must consider—the vulnerability of such technologies.

As car hackers become more and more prolific, the disparity between the advancement of automotive technologies and their lack of security is coming more apparent. In the span of the last year, there have been numerous reports of hackers taking over vehicles through the infotainment systems—there have even been books written about the art of car hacking. And now, the vulnerabilities of these vehicles have come even more obvious.

Keep Your Car Running: Remember these tips to keep your car running forever

A group of European researchers have managed to unlock and start cars by tricking onboard systems into thinking a key fob is nearby.

This new method of hacking was found by researchers at ADAC, which is Germany’s equivalent of America’s AAA. According to the ADAC’s study, vehicles from 19 manufacturers were vulnerable to what they call the “amplifier attack,” which uses a radio amplifier to gain access to cars.

Setting Up A Carpool? Learn how to make the ideal ridesharing program

By simply placing the radio amplifier near a vehicle’s key fob and a receiver near the car, the amplifier was able to increase the signal from the key fob. This means that thieves can unlock a car even if the owner is 295 feet away.

It’s that simple. And, unlike the more recent car hacks like this Jeep one, it doesn’t take a vast understanding of programming to complete it.

The 24 car models that were vulnerable were all European-market models. There is currently no complete fix for this problem right now, but it can be easily prevented if drivers continue to keep an eye out for any suspicious activity.