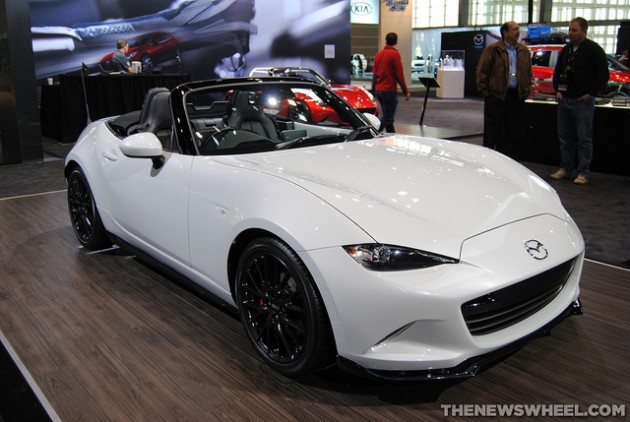 While most of the buzz concerning the BBC’s highly-successful Top Gear series has been about the sudden departure of the show’s controversial host, Jeremy Clarkson, the show apparently also boosted UK interest in Mazda’s next generation roadster before it went on a sudden hiatus.

According to Automotive Management Online, the final episode of Top Gear that aired on the BBC featured Richard Hammond’s review of the 2016 Mazda MX-5 ND. Apparently the praise was so great, it nearly caused a meltdown for the Mazda UK website.

The seventh episode of Top Gear, now in its 22nd season, aired on March 8th and featured a Jaguar F-Type R, an Eagle Low Drag GT, and the fourth generation Mazda MX-5 ND roadster. On that Sunday’s episode, Richard Hammond reviewed the newest Miata model, giving the latest roadster high praise and stellar marks. Over 5.8 million viewers in the UK heard Hammond’s praise and immediately went to the Mazda UK website, resulting in traffic more than 1,000-times greater than usual.

Mazda Motors UK aftersales director David Wilson-Green told Automotive Management Online that the automaker was preparing for the influx of interest by routing through a number of servers, but the response was so high that the website still briefly crashed. The airing of the seventh Top Gear episode also coincided with the launch of Mazda’s MX-5 pre-order inquiry page, which generated over 100 leads, Mazda representatives reported.

Regardless of your opinion of Jeremy Clarkson, you have to admit that Top Gear has developed a powerful influence over the auto industry and many brands are waiting to learn what the show’s future will be.