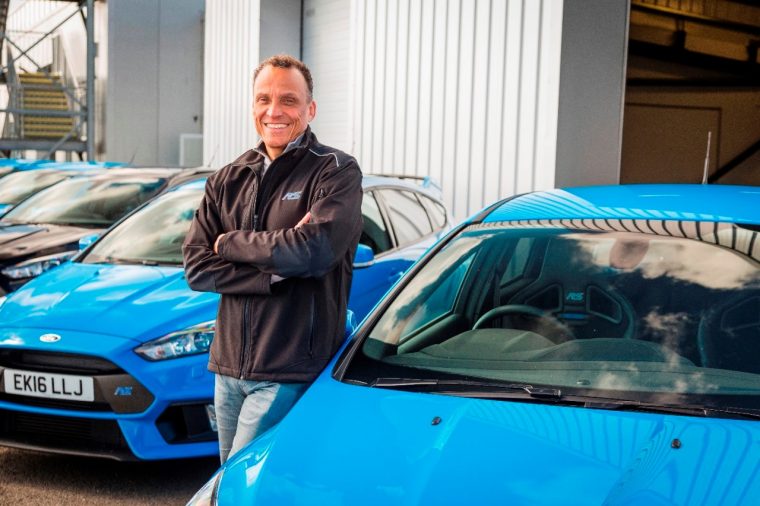 Ford’s new Focus RS has been winning awards seemingly left and right, from the 2016 Vehicle Dynamics International Car of the Year to Top Gear Magazine’s 2016 Car of the Year. The 350-horsepower hot hatch added two additional trophies to its resume last month, with one honoring the man behind the monster.

Tyrone Johnson, the chief engineer of the Focus RS, earned Autocar’s Engineer of the Year award. Johnson was tasked with leading a team of 20 to the promised land about three years ago, and the result of his and his team’s efforts is an incredible performance vehicle that can go from 0-to-60 in 4.7 seconds and features cutting-edge technology such as Ford Performance All-Wheel Drive and Dynamic Torque Vectoring Control.

“I’m energised by the team I lead, mainly because I’ve got some real crazy car guys and gals working for me,” said Johnson. “This Autocar award is for them all.”

Jim Holder, Autocar editorial editor, said, “Tyrone was asked to reinvent an icon, and he and his team have achieved it in the most spectacular fashion, creating old-school thrills in a totally modern package.”

Even with the hefty expectations that come with the revitalization of the Focus RS namebadge, Holder adds that Johnson’s creation “carries that load with ease,” calling the Focus RS “the most fun you can have in a hot hatch on road or track.”

Johnson has been an engineer for Ford for 31 years, and his previous work includes the creation of the SVT Mustang and stints with the Stewart Ford and Jaguar Racing Formula 1 teams.