Currently, windshield wipers are not only necessary for your safety but also required by law. Frank Stephenson, McLaren’s chief designer, aims to change that with his revolutionary ultrasound system, which will send 30kHz waves (don’t ask me to explain what that means; I was an English major for a reason) across a car’s windshield. This will somehow keep debris from contacting the windshield: rain, snow, sleet, you name it. Even pesky bugs will not be able to penetrate the force field, so no more big ugly splats. I’m not sure, however, if this applies to birds, or even to their not-so-pretty bird byproducts. 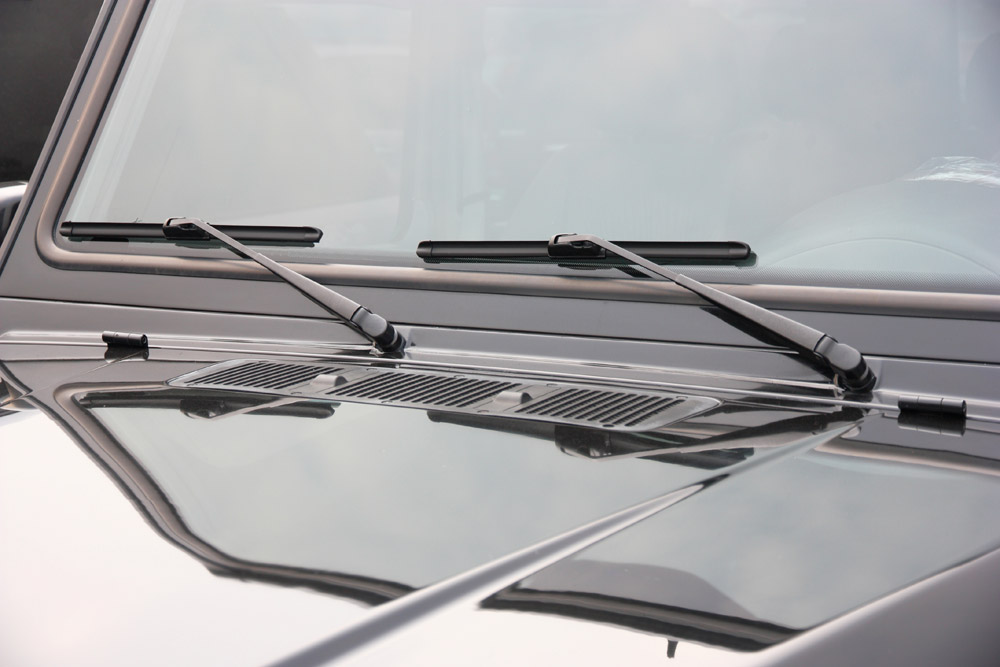 I don’t really get the science behind it, but if it works, then the designers at McLaren are on to some groundbreaking stuff. You can expect automakers everywhere to begin licensing this technology when (if?) it comes to market, which means you may see something like this on new cars in the coming future (although it’ll likely be a crazy expensive option for the first several years on the market, so I’m sure we’ll see it on every Bimmer made after 2016).

There are actual benefits to a force field protecting your car’s windshield. For one, you won’t have to replace your wipers twice a year (which you should be doing), and you won’t ever have to hear that awful squeaking sound of wiper blades streaking across your windshield when there is suddenly not enough water to call for a swipe. On top of that, your windshield will stay much cleaner—and streak-free—and you won’t have to worry about the wipers getting frozen to your car in the winter. Experts also think that there may be minimal fuel savings as well, as removing the wiper system could improve your vehicle’s aerodynamics.

I’m not exactly sure how soon McLaren intends to move forward with this idea, but I’m sure this and other unique ideas like it will be changing the world of cars as we know it. And it’ll be happening very soon.