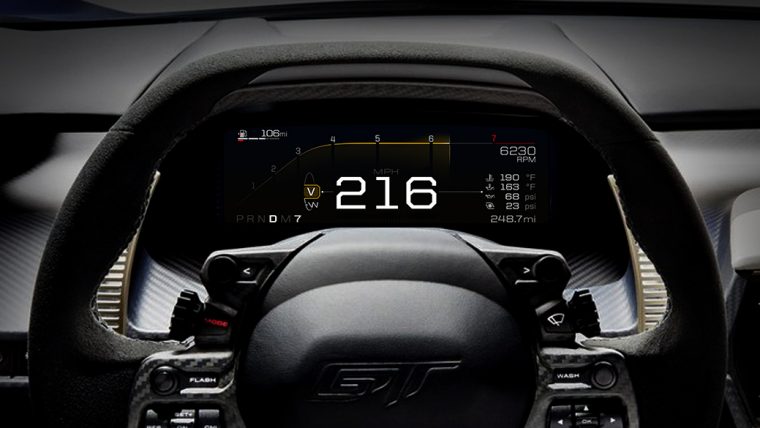 Chances are, you are not one of the automotive elites who managed to successfully apply for the right to pay nearly half a million dollars for a 2017 Ford GT. Because of this probability, you are likely only able to live out your dream of owning a completely ridiculous, extremely limited supercar through looking at photos, watching videos, dreaming, constant pining, building up a GT in the configurator, and occasionally playing video games.

Ford is nothing if not charitable in its willingness to alleviate your burden and put plenty of material in your hank bank (hank being short for hankering, naturally), and it’s chucking in another bit with the reveal of the GT’s 10-inch digital cluster display.

Watch and Weep: The Five Drive Modes of the Ford GT

“We spent an enormous amount of time getting this just right,” said Nick Terzes, Ford GT engineering supervisor. “The result is simple, but achieving simple perfectly can be a challenge.”

Perfectly simple. Simply perfect. But you’ll probably never know first-hand, at least not in a 2017 Ford GT. Ford is intending to make the instrument display for all future vehicles digital, but, come on, a Fiesta is great and all but it is not even remotely the same thing.